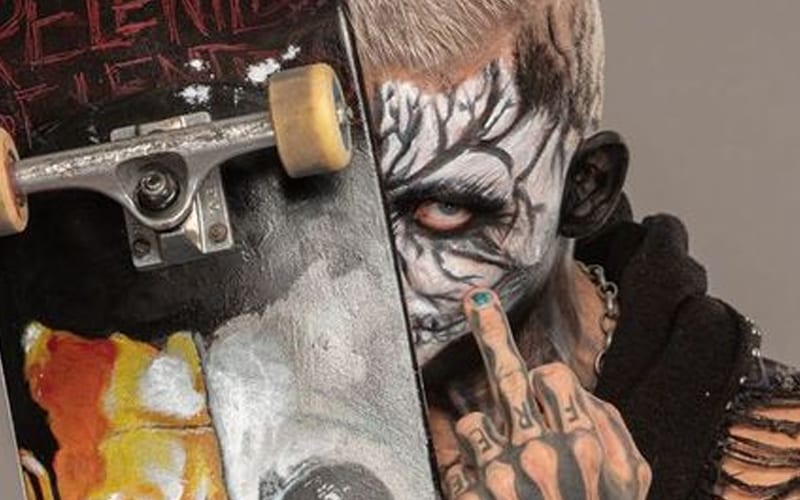 Darby Allin made his return to AEW during Fight For The Fallen. The lights went out and Allin appeared on the top rope where he launched into an attack. He’s coming after Brian Cage now.

Click here for our complete coverage of AEW Fight For The Fallen from this week.

Allin released a photo on the day following his Fight For The Fallen return. Things were 100% clear when he showed off the design at the bottom of his skateboard. Obviously, that skateboard shot was especially intended for The Machine.

While posing with his skateboard that featured himself and Brian Cage on the bottom, Allin looked serious. He didn’t include any message in the comment of this tweet as he let the photo do all the talking for him. His raised middle finger also spoke for him

Brian Cage is the current FTW Champion after Taz brought that title to AEW. Darby Allin might be a fine contender to hold that title as well. We can only assume he’s said “f*ck the world” a time or two in his life before.