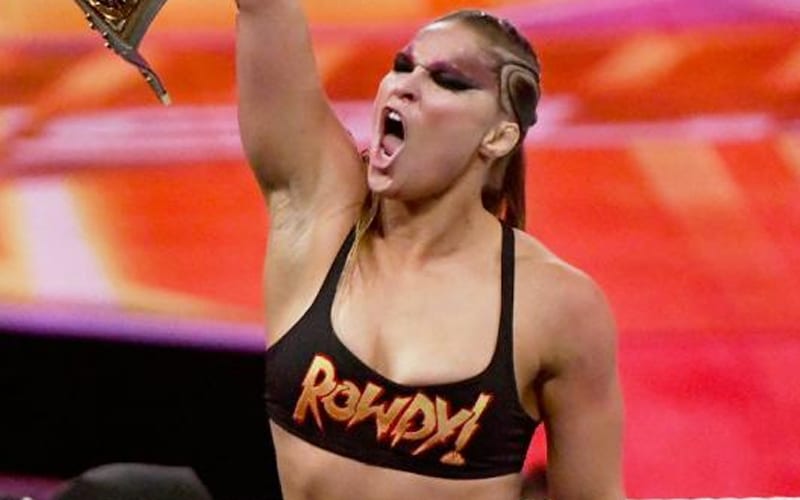 WWE is making plans for SummerSlam, but they’re not saving room for the Baddest Woman On The Planet right now.

Ronda Rousey was serious when she spoke about making the decision to stay at home rather than return to WWE. The company is putting SummerSlam together, but Rousey isn’t a piece of the puzzle.

Ringside News has learned that there are no current plans for Ronda Rousey at SummerSlam this year. Her name has not come up during the planning. Her return also might not happen in the way some fans wish.

Rousey previously stated that she’ll never return to WWE full-time. It is plausible to assume that WWE will do everything they can to get her back when WrestleMania Goes Hollywood, but it’s unknown where WWE will hold next year’s show of shows. We exclusively reported that WrestleMania 37 plans went out the window with Paul Heyman’s firing.

SummerSlam 2018 saw Ronda Rousey win the Raw Women’s Title from Alexa Bliss. There will be no repeat this year.

Ronda Rousey hasn’t been on WWE television since WrestleMania 35 when she lost the Raw Women’s Title in the main event. She’ll likely wrestle again, but it wouldn’t be a good idea to expect a lengthy return. She is also adamant about staying safe during the pandemic at Browsey Acres.