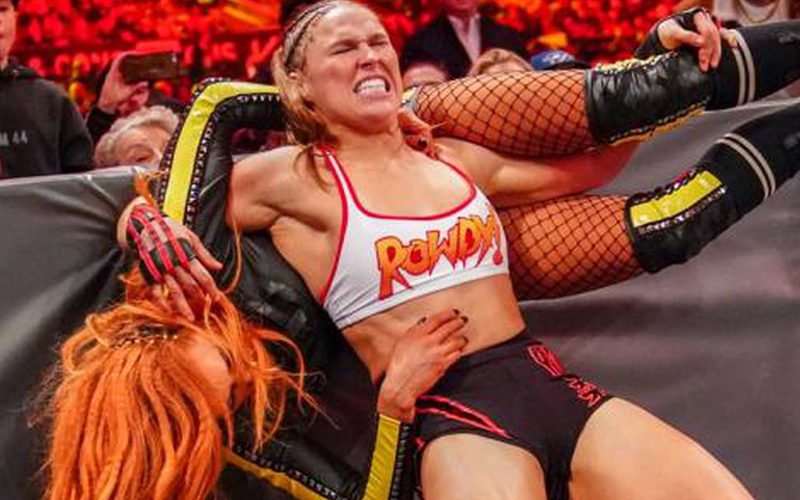 Ronda Rousey hasn’t wrestled for WWE since WrestleMania 35. Her WWE absence has been well over a year at this point, but she’s welcomed to return whenever she’s ready.

While speaking to TMZ, Triple H discussed some of the comments Rousey recently made about the pro wrestling business. Some of those statements enraged fans and it’s hard to know her true intentions.

He also stated that when Ronda Rousey is ready to make a return to WWE they are ready for her. At this point Ronda Rousey has things in her personal life that she’s still trying to figure out.

“Of course, we want her. Of course, we do! One of the greatest performers for us ever. I think Ronda’s in a place in her personal life where she’s figuring some things out. But, the thing with Ronda is you never know what she is saying.”

Triple H went on to say “we still have a great relationship on everything [with Ronda] and when she is ready, absolutely [we’ll have her back].”

Ronda Rousey is safe at home at Browsey Acres and she might not have much interest to make a return so soon. She has a pandemic stockpile and her years as a doomsday prepper are finally paying off.

We’ll have to see if Ronda Rousey makes her return to the squared circle. One would think that WWE really wants at the show of shows next year especially if WrestleMania is still permitted to go Hollywood.