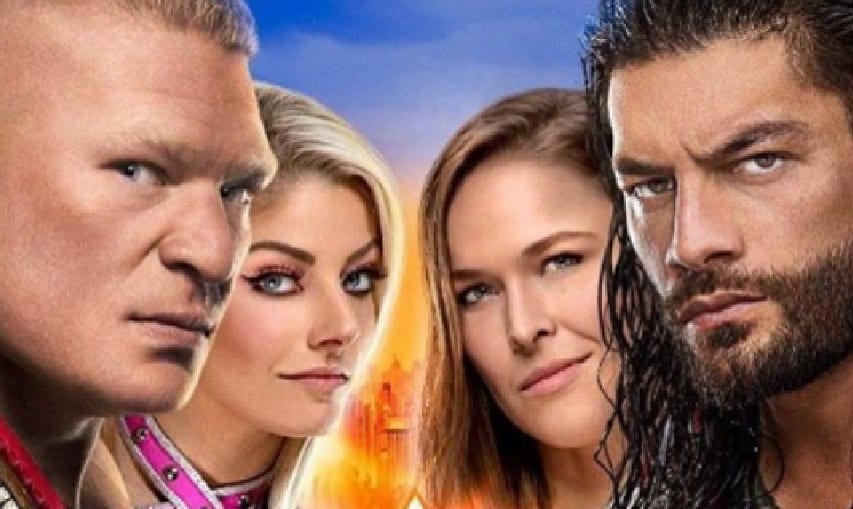 Tonight’s show is a massive one, both literally and figuratively. Rumours have suggested the show will clock-in somewhere around 7 hours, so let’s keep this intro short!

Any number of matches could be the main event tonight but one in particular is almost certain to close out the show: Roman Reigns Vs. Brock Lesnar. All things considered, WWE has done the best job of making this interesting that it could. That doesn’t change the fact that they were the ones who booked the match but at least they’ve made if fun to watch thus far. The time for Lesnar to be Champion has well and truly passed and tonight must be the end of it.

The other noteworthy matches tonight include Ronda Rousey Vs. Alexa Bliss for the Raw Women’s Championship, AJ Styles Vs. Samoa Joe with the WWE Championship on the line, Daniel Bryan Vs. The Miz in a grudge match, Seth Rollins Vs. Dolph Ziggler for the Intercontinental Championship, and Braun Strowman faces Kevin Owens, with the winner getting the Money In The Bank Briefcase. I believe there’s a further eight or so matches on the card, so there’s lots to look forward to. Remember to download the Ringside News app, follow us on Instagram, and enjoy the show!

News Tip
wpDiscuz
112
0
Would love your thoughts, please comment.x
()
x
| Reply
You are going to send email to
Move Comment