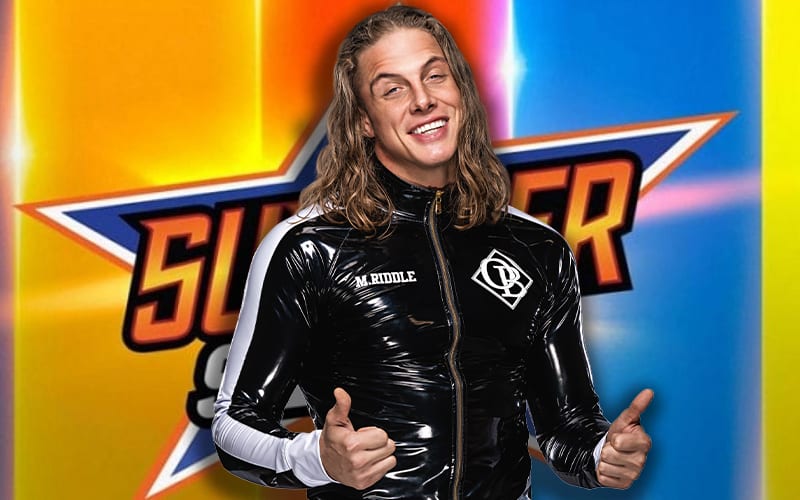 Matt Riddle started his main roster run on Friday Night SmackDown with a victory over AJ Styles. The non-title win over WWE’s Intercontinental Champion was then followed by the Original Bro chasing King Corbin. There are loose plans at this juncture to circle back to Styles vs Riddle.

Ringside News exclusively reported that nothing is set in stone for SummerSlam. Vince McMahon is still focusing on the Horror Show at Extreme Rules. There are some things in the works, but nothing on the card is a done deal.

The Wrestling Observer Newsletter reports that there is currently a possible plan for AJ Styles to defend the IC Title against Matt Riddle at SummerSlam.

A.J. Styles vs. Matt Riddle was also already set up when Riddle beat Styles in a non-title match. It also could be Riddle vs. King Corbin, which has also been pushed on television, with the idea of a Riddle win to set up the Styles match at SummerSlam.

WWE could still book Riddle vs Corbin for the Horror Show at Extreme Rules. The company only has a handful of matches booked on the card. It appears that Riddle could get his first title shot at SummerSlam on August 23rd.

Matt Riddle recently broke his silence regarding allegations against him brought by indie wrestler Candy Cartwright. Riddle admitted to having an affair, but fervently denied ever sexually assaulting anyone.