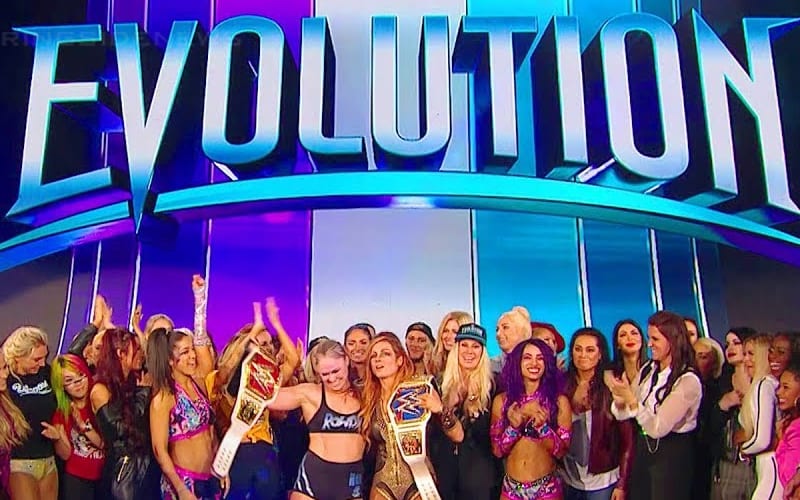 WWE held a very special event on October 28th, 2018 with their first-ever all-female pay-per-view event. That was the last time such an event took place.

There are rumblings that WWE could be planning Evolution II. It was previously reported that another special event was possibly being planned for the weekend following SummerSlam. That could be a perfect time to hold another Evolution show.

Pro Wrestling Unlimited reports that Evolution II could happen on August 30th. Tessa Blanchard is also reportedly a possibility to make her debut. It was also reported that WWE is considering a second night of SummerSlam one week later. They obviously have options.

WWE was reportedly already sending out feelers to test the waters with Blanchard following her Impact Wrestling firing. We’ll have to see if she’s interested.

Nothing is a lock, but it seems that this is a plausible situation. Fans have been clamoring for another Evolution event. Perhaps WWE is finally going to bring it to them.