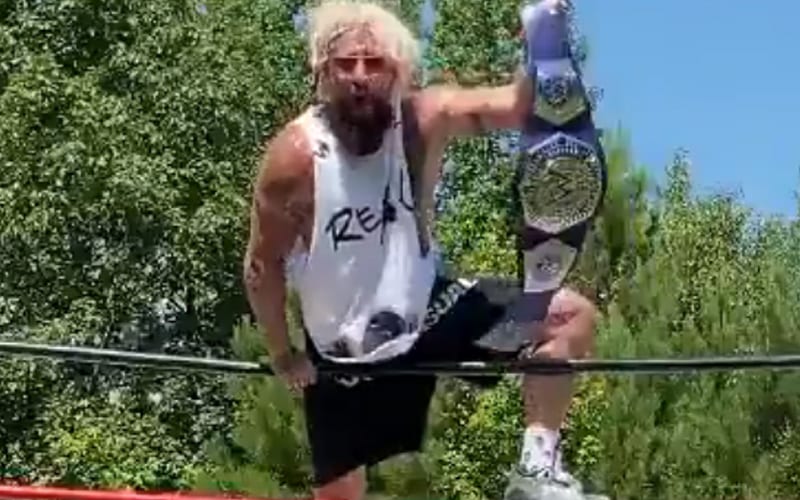 Enzo Amore was fired as WWE Cruiserweight Champion. He never sent WWE their belt back.

NZO proved that he still has the WWE Cruiserweight Championship in a recent video. He also promised to cart it with him as he takes on the indies for the first time ever. He seems pumped to get out there and wrestle again.

He will “make wrestling real again” as he set off and does his thing on the indies too. His first match is this Friday against Ricky Morton and his son. Brian Pillman, Jr will be teaming with Amore, but he said he doesn’t need him. Amore said Pillman can “hold my cigarette.”

This could be an exciting time for Enzo Amore as he sets out on the indies and has a new adventure. He seems to have big plans for 2020 as so many people are trying to make the most of what is left in this year.