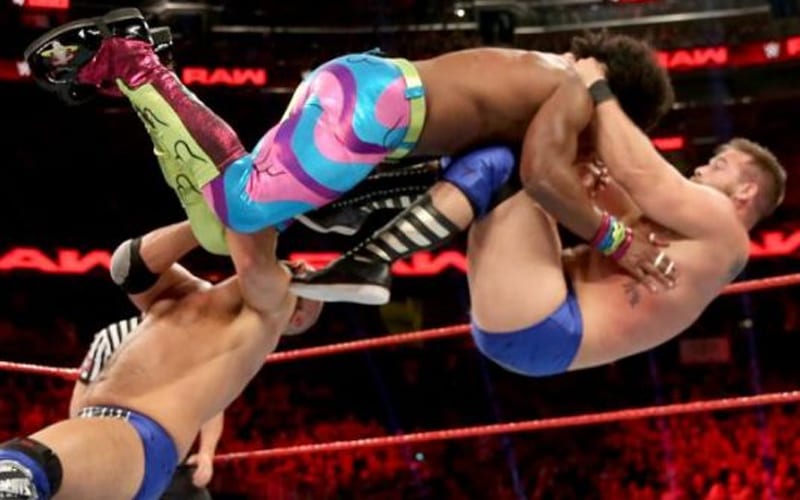 FTR aren’t in WWE anymore so they obviously couldn’t be The Revival in AEW. The Top Guys had to leave a few more trademarks behind when they left Vince McMahon’s company.

During Wrestling Observer Radio (transcribed by Ringside News), Dave Meltzer ran down the Fyter Fest card. When it came to talking about FTR’s match he brought attention to the fact that Dax and Cash had to change the name of their finisher for legal reasons.

Bryan Alvarez brought up that he will always call the Goodnight Express the “Shatter Machine.” Meltzer stated that he likes the name better to, but there’s a reason why FTR can’t use the name. WWE still owns it, “they’re legally not allowed to use that name.”

It was reported that FTR had to give up several copyrights before WWE would grant their release. They did lock down Shatter Machine, but now they’re not allowed to use it.

It was reported that “WWE gave them legal letters saying ‘we own the name Shatter Machine,'” so FTR had to come up with a different name to use for the same move.

We’re uncertain if WWE will start to use Shatter Machine again down the line. They didn’t let Dax Harwood and Cash Wheeler keep the name on their way out of the company.