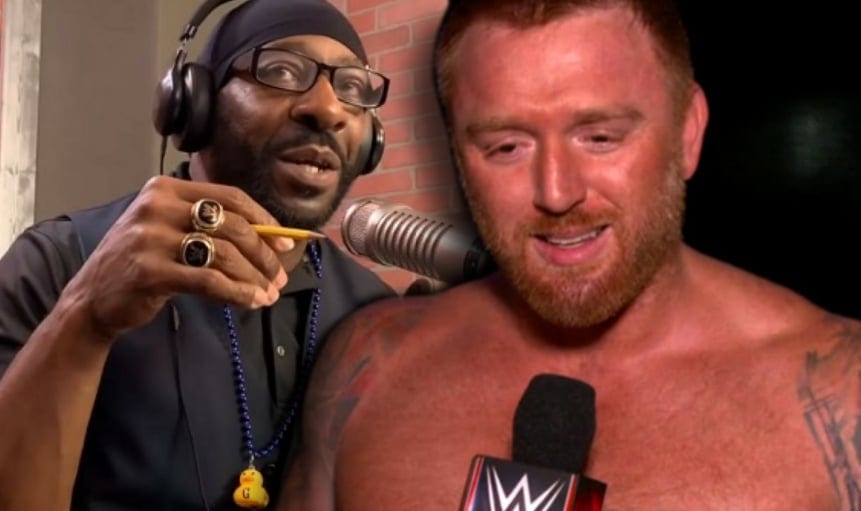 Heath Slater appeared on RAW this week for the first time since he was fired by the company in April. Slater made one final appearance for the company on Monday and now, he might be ready to go someplace else.

Booker T addressed Slater’s return to the company on his Hall of Fame podcast. The 6-time World Champion said that Heath Slater is not the guy WWE would want to lose.

He said that Slater can do just about anything the company throws at him without complaining about it. Booker said that this is why he received a call back from the company to make the RAW appearance.

Heath Slater’s not a guy you want to lose. He’s a guy who you want on your team. He’s a guy that’s gonna make sure to pull his weight. He’s gonna play his role.

That’s what I talk in this game all the time as far as ‘hey man, just play your role tonight. Don’t try to play someone else’s role. If you do that, we’ll have a great show tonight, but if you go out there and you want to take one job then take on another job, then you got three jobs that you’re trying to take on, and then, you complain about it. You’re the one who took those jobs.’ Heath Slater is a guy that’s gonna play his role, and that’s why he got the phone call. ‘Hey Heath, you want to come on back?’ That’s what it’s about.

Booker compared Slater to the late Brad Armstrong and said that he was a “utility guy”. He said that Slater is a person who can get the job done at a moment’s notice.

Guys like Brad Armstrong, God rest his soul, he’s a guy who never had to worry about a job because he was a utility guy so to speak. A guy that can do just about everything at a moment’s notice. Heath Slater is that guy. When you call him, you know he’s gonna be ready to get the job done.

Slater’s no-compete clause from his contract with WWE is about to come to an end. Many fans are expecting him to appear alongside a number of other released WWE Superstars at Impact’s Slammiversary on July 18th.