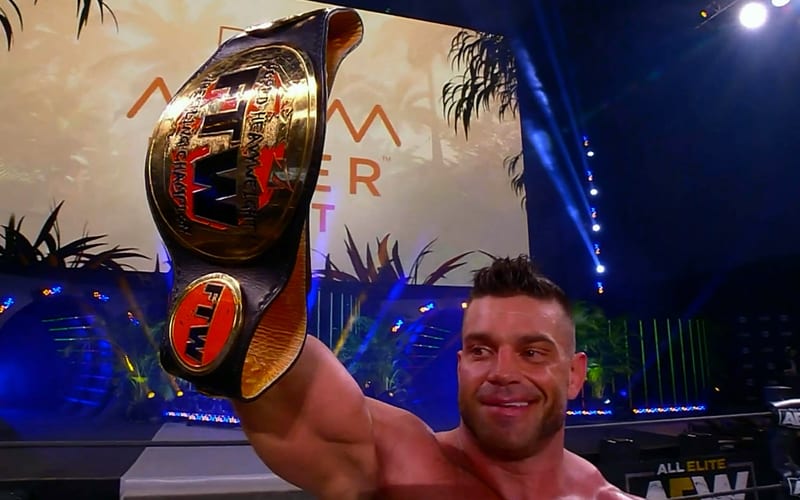 A fan in attendance at Fyter Fest posted a lot of spoilers on Reddit. They missed one very important segment.

The spoilers did not include Taz’s big announcement. He unveiled the FTW World Title in AEW and presented Brian Cage with the title. Taz took a shot at those spoilers as he rubbed in his big surprise.

Hopefully some of you guys learned a lesson tonight. Don’t “assume” everyone reads these silly ass spoilers because MOST fans don’t read them. And more importantly just because it’s not in the “spoilers” u read online doesn’t mean it didn’t happen! #FTW #AEWDynamite #FyterFest

We’ll have to see what the future brings for the F*ck The World Title in All Elite Wrestling. There are a lot of possibilities right now.

One thing we know for sure is that Brian Cage won’t be walking into Fight For The Fallen empty handed as he battles Jon Moxley for the AEW Title.