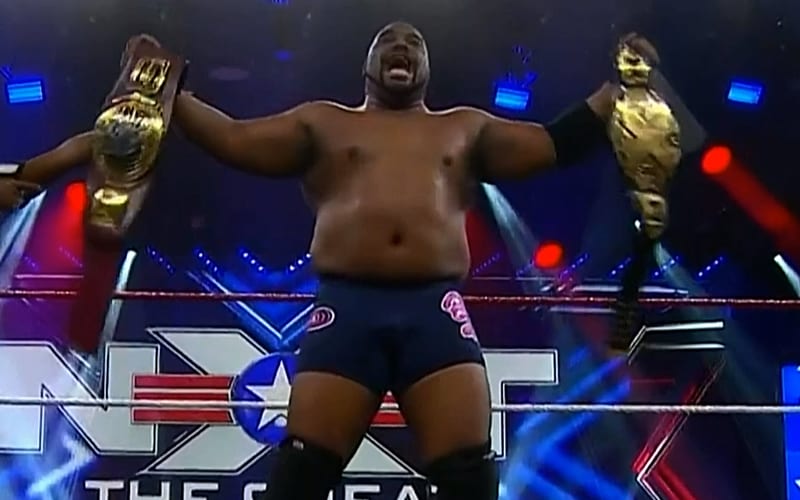 The main event of WWE NXT Great American Bash was a pretty big match. Adam Cole and Keith Lee battled in an NXT Title vs NXT North American Title winner take all match. Who walked out as a double champion?

Keith Lee and Adam Cole brought it all in the main event match of the Great American Bash. There were many near falls as these two battled for well over twenty minutes. The match was also aired on the USA Network commercial-free.

Adam Cole hit another Last Shot, but he didn’t go for the pinfall. He got on the top rope and waited for Lee to get up. In the end, Keith Lee turned another Panama Sunrise attempt into a Spirit Bomb and a Big Ban Catastrophe to walk away as both the NXT and NXT North American Champion.

A spoiler photo dropped that gave away this ending. They tried to explain that WWE NXT filmed multiple endings. Obviously, Lee was the winner after all.