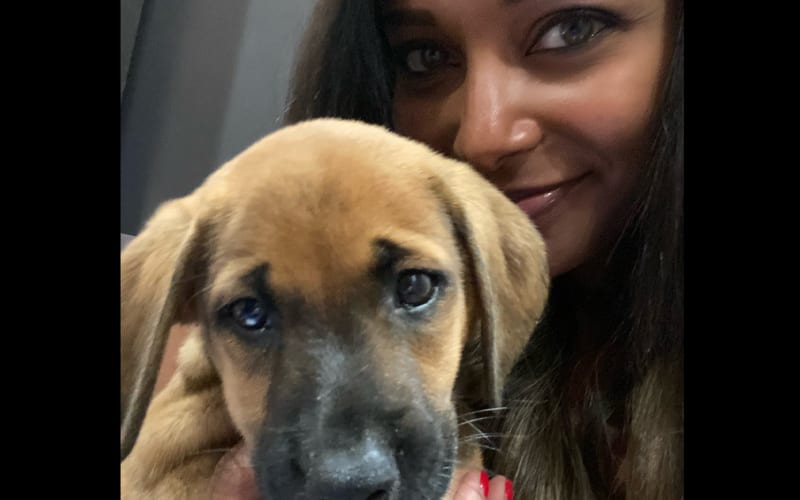 AEW will present the second night of Fyter Fest this week. The night will include a Puppy Battle Royale.

Brandi Rhodes tweeted out some photos with those athletic pups who will take on the big Battle Royale match after Fyter Fest. Tony Schiavone will host this special event with pups that AEW found at the Angels Rescue in Atlanta.

This is Brandi Rhodes!! She is a clear pack leader. She’ll do GREAT tonight! #AEWPuppyBattleRoyale

It’s unclear where the Puppy Battle Royale was filmed. We love the image of Brandi and Cody Rhodes making a trip down to Jacksonville with their car full of puppies ready to rumble.

Ringside News will have complete coverage of AEW Fyter Fest. Spoilers have already leaked which you can check out here. Take them with a grain of salt because Joey Janela claims that AEW filmed 17 1/2 different endings.