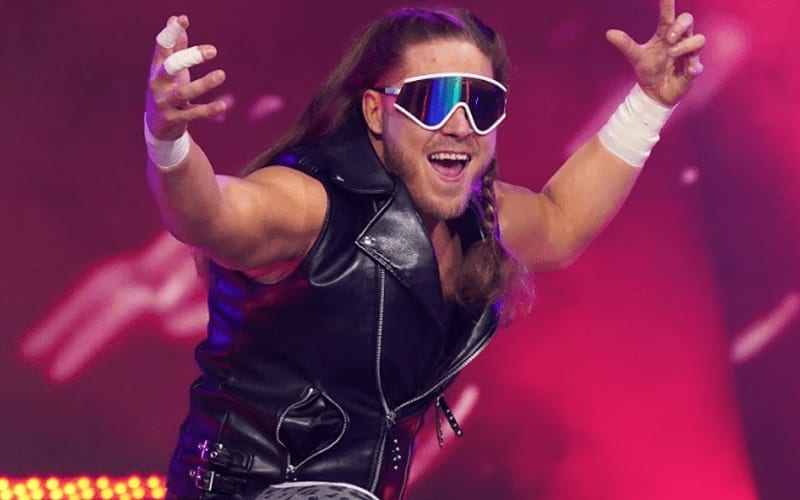 Joey Janela keeps up with internet wrestling news, especially if it involves the company he works for. A ton of spoilers came out about the second night of Fyter Fest, and Janela wanted to add his own.

AEW hasn’t commented on the spoilers that leaked out from Fyter Fest. WWE NXT also had a huge spoiler leak from the Great American Bash. Some time later it was said that NXT filmed multiple endings. WWE wasn’t happy at all about it.

Joey Janela used this multiple angle excuse as fodder for his joke. He tweeted out saying that he’s seen a bunch of “BS spoilers” about Fyter Fest, but AEW filmed 17 1/2 different endings.

I see BS spoilers all over the twitter about @AEWrestling tomorrow, Jokes on you we filmed 17 1/2 different endings to each match….. I hope they use the Piranha one for mine… Tune in and find out!

AEW’s Bad Boy will face Lance Archer at Fyter Fest. The Murderhawk Monster might do a lot of damage, but Janela is no stranger to getting back up again.

We’ll have to see what really airs at Fyter Fest. We will have complete coverage right here at Ringside News.