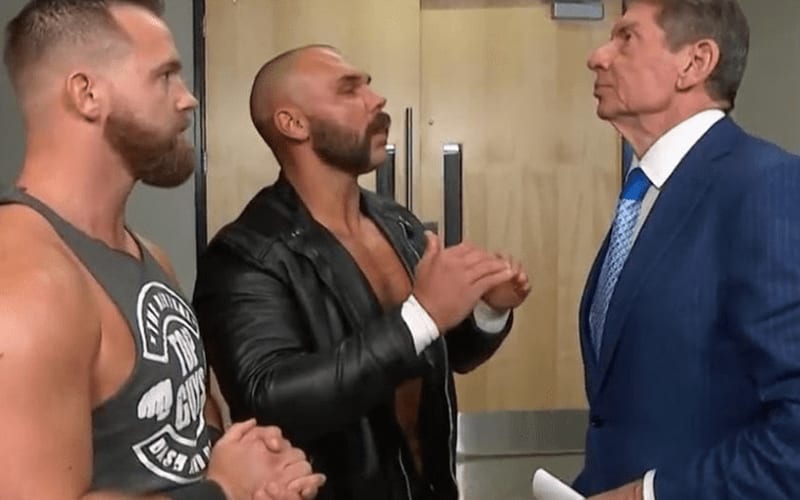 Vince McMahon has his own reasons for making every decision. He also has a few things that he doesn’t want to see in his ring. That includes the piledriver.

While speaking to Busted Open Radio, Dax Harwood revealed that Vince McMahon banned a piledriver move that they wanted to do. They put their own spin on it, but it was something they always wanted to use, but they were never permitted to execute it.

“The shatter machine, we have to, well we don’t have to, but we enjoy calling it the goodnight express, is a move we took from another great tag team you may have heard from. We incorporated that and put our own little spin on it. But, going to AEW with the spike piledriver, that’s something we always wanted to use in WWE. We even talked to Hunter about it and he said no. We asked other people.”

The spike piledriver is off limits in WWE, but AEW has a different policy on things. We’ll have to see how long it takes for FTR to bust out that move, but Fyter Fest seems like a perfect opportunity.

Another move that WWE recently banned was the bucklebomb. That move ended the career of Sting and also caused Nia Jax to botch a scary move with Kairi Sane.