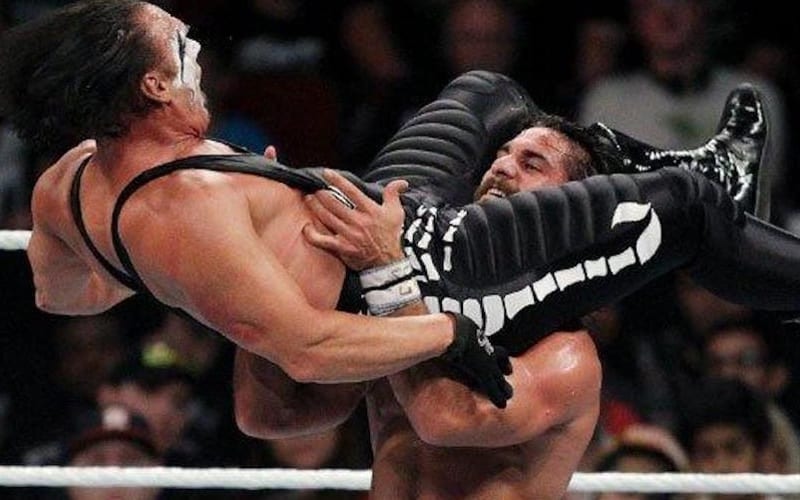 WWE banned the buckle bomb, but it was a long time coming.

During Wrestling Observer Radio, Dave Meltzer stated that Nia Jax’s botched buckle bomb on Kairi Sane a few weeks ago was the final straw. The spot has been removed from the approved moves list.

There were calls to ban the move prior to that as well. Sting’s career-ending injury apparently wasn’t enough for Vince McMahon to pull the plug until another recent mistake with the move.

“You know it’s one of those things because of what happened to Sting I was surprised [banning the move] didn’t happen then. There were people who were wanting it banned before that. It was one of those things where there were people who were against it and then when that happened [with Nia Jax and Kairi Sane] that was the straw that broke the camel’s back and Vince bent.”

The buckle bomb is now a thing of the past. It wasn’t used too much, but when it was executed the chances for injury were just too great.

We’ll have to see if Vince McMahon changes his mind, but it looks like this was a case of finally relenting to a growing backstage opinion that the move needed to be banned.