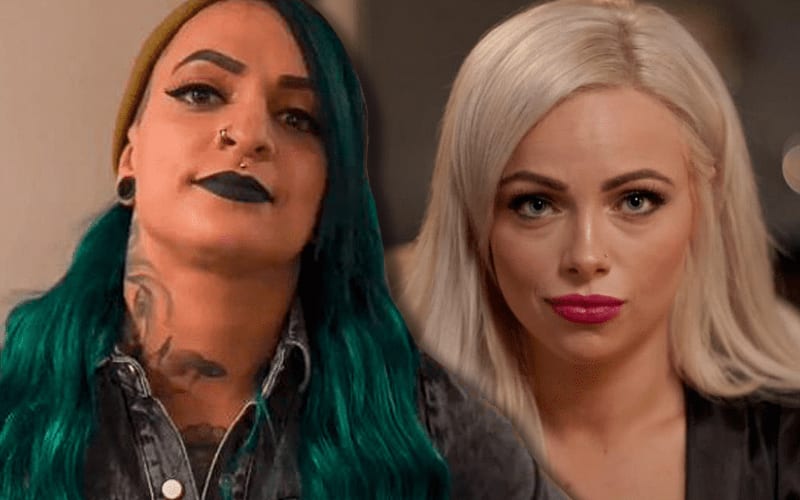 Liv Morgan and Ruby Riott seem to be in the process of mending fences. It might take a lot more effort on Ruby Riott’s part.

Morgan hasn’t been on RAW for two weeks. It’s unclear why she wasn’t on the show, but the timing of everything going on in the company leads us to believe there was a very good reason why she wasn’t there.

WWE continued with the ongoing storyline Liv Morgan has with Ruby Riott. During RAW Talk (Transcription by Ringside News), Riott had a chance to speak about Liv Morgan.

Riott stated that she didn’t “dump” Liv Morgan when she left for 10 months, she needed surgery. Then she started to feel like Liv Morgan didn’t need her anymore. That made her mad.

“A lot of people say that I dumped Liv. That’s not it. I was gone for 10 months. When I left I was the leader of the Riott Squad and when I left I saw Liv flourishing. She was thriving. She was becoming her own woman and I didn’t think that she needed me anymore and that made me mad. Sometimes I fight with my fists and not my feelings, I don’t know. Then when she beat me I realized that maybe she didn’t need me at all. Since then I’ve been down on my luck. I haven’t been able to secure a win since I came back. It’s complicated — I can’t — I’ve tried to get ahold of her to talk, but I can’t.”

Ruby Riott saw that Liv Morgan was “flourishing” without her. That makes us wonder which show she was watching. Liv Morgan stayed off of television for around 6 months before returning to crash Lana and Bobby Lashley’s wedding when WWE had zero plan to follow that shocking moment up with anything.

We’ll have to see where this storyline leads, but we have to give Ruby Riott credit for putting a lot of emotion into those lines on RAW Talk.