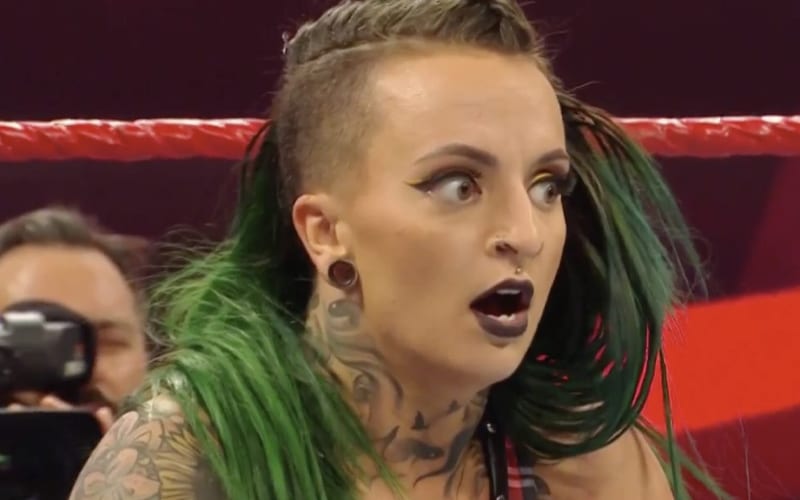 Ruby Riott returned from injury a few months ago. She was out of action after needing double shoulder surgery. This was an issue she suffered from for a long time.

While speaking to Swerve City Podcast, Ruby Riott revealed that she was wrestling with bad shoulders for the past 10 years. When she went to her surgeon, Riott was informed that those tears in her shoulders got worse over the years. This was something that she struggled with for a long time. Now she finally has that issue fixed.

“So, for everybody who doesn’t know, I had two torn labrums in both of my shoulders. I had to have seven anchors put into this one [right shoulder] and eight in this one [left shoulder] and I had a bone chip removed from underneath.”

“But that was the hard thing about the mental part of all of it. Like shoulders were definitely a tough rehab. I guess you could say it was my first real injury and it was something because I had dealt with it for so long, I kinda had a choice as to when I went and got it taken care of it. It’s something you can progress. It’s not like an immediate like if you tear your ACL or whatever. Like an immediate thing that you have to have fixed right away and something that you could know about. You just kind of have to pick the time which, because the time wasn’t chosen for me, the time was never right. I was like, ‘Oh I got this to do. Oh I got this to do. This can wait.’ Like, ‘My shoulders can wait.”

“My shoulders can wait’ and I put it off and I put it off and I put it off to a point to where I could barely work out. I noticed it the most in the gym when I tried to do any wide grip bench press. Like my shoulders would pop out, and a lot of stuff in the ring, I worked around it for a number of years and it was a tough ten months. I was home alone a lot and mentally I think, I had to go down to like the deepest parts of me and here [mentally] and I actually had to seek out and get some help, and I’ve just recently become more open about this because I think this is something — mental health is definitely something I feel like because we don’t talk about it a lot, people think any kind of mental illness or disorder is wrong or it’s bad. So I like to be open with it. I have adult ADHD, I have anxiety and I sometimes suffer from depression and kind of recognizing that and being like, ‘Okay, now this what I have. What am I gonna do?’”

“Got to see a therapist and so I was doing my rehab for my physical therapy but I was doing my mental therapy as well. I came back and I felt better. I felt good about where I was and how I felt physically, mentally, emotionally, however you wanna say it but it was definitely something I felt needed to happen in my career for me to get better in all aspects of my career.”

Ruby Riott is a featured performer on RAW once again. It took a long road to get her shoulders fixed up, but she is very glad it finally happened. Now she feels good about her career and she can mentally focus on her next steps without worrying about something happening.

You never know what unexpected moments a pro wrestling ring can bring to a career. Ruby Riott knows that all too well, and now she’s ready to face what’s next.