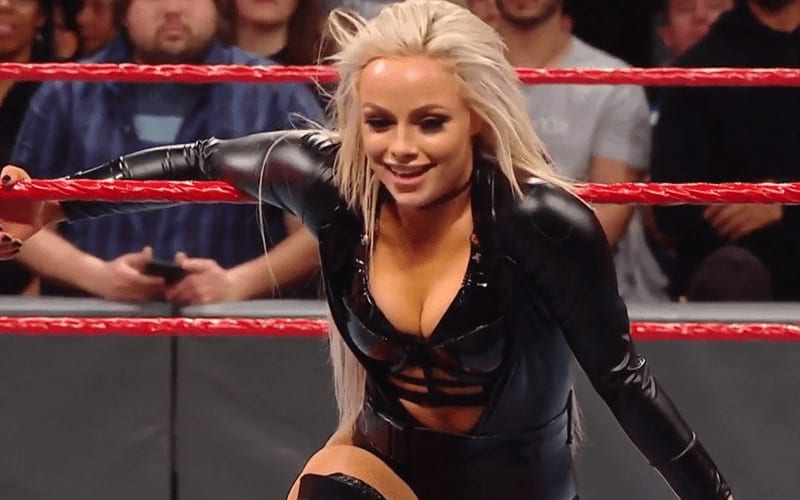 WWE wasn’t using Liv Morgan, but her popularity didn’t fall at all. When they brought her back in a lesbian love storyline it piqued a lot of interest. In the weeks that followed, WWE dropped the idea entirely.

During Wrestling Observer Radio, Dave Meltzer revealed why Liv Morgan was seemingly crowbarred into the Lana and Bobby Lashley wedding. Paul Heyman was looking for a one-night pop and no follow-up was planned. This is why it was seemingly dropped out of nowhere.

“From what I was told it was Paul [Heyman] looking for a spot in the wedding thing to pop people, but there was no plan to follow up on it. That’s what he did in ECW too with Beulah and Francine so it’s something he did in ECW 25 years ago.”

“It was just a way to get Liv Morgan up and running and do something with her. She was on TV. She was getting a little bit of a push. Now, I don’t know what’s a push now. I guess she still got to beat Natalya at the WrestleMania show so I guess she’s still getting a little push.”

Their original plan for Liv Morgan is that they didn’t have a plan. They reportedly wanted her to get a big reaction during the wedding.

We’ll have to see if Liv Morgan comes back any time soon. There doesn’t seem to be any place for her in the current red team stories. Perhaps WWE will eventually circle back around to Liv Morgan’s infatuation with Lana.

What do you think about this entire situation? Should they have brought Liv Morgan back with more of a plan? Sound off in our new and improved comments section!