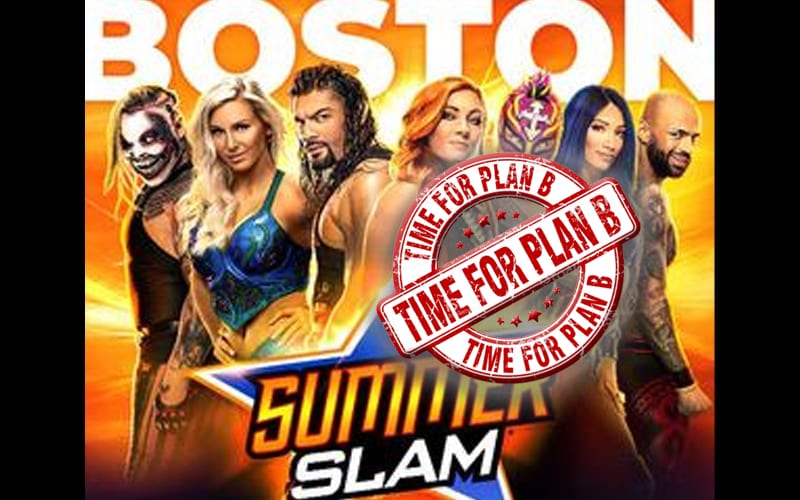 SummerSlam was set to take place in Boston’s TD Garden Arena. Then their Mayor Marty Walsh stepped up and announced that there will be no large events until at least September in his city.

WWE had to figure something else out. Since all of their shows have been taped at the Performance Center since the pandemic started, they’re not breaking that streak according to PW Insider.

It is reported that although WWE hasn’t confirmed this, SummerSlam will take place at the WWE Performance Center this year.

While an official announcement has not yet been made, World Wrestling Entertainment will hold the 2020 Summerslam PPV from the Performance Center on Sunday 8/23.

WWE planned to hold four events in Boston including SummerSlam, NXT TakeOver, RAW, and Friday Night SmackDown. Now the company will likely hold all of those events on a closed set in the Orlando area instead.

This will mark the first year that SummerSlam isn’t held in a large arena or stadium. The same can be said for WrestleMania.

We’ll have to see if WWE does anything special for SummerSlam like book a cinematic match. They will likely have time because the company can now pre-tape SummerSlam and edit it down to Vince McMahon’s version of perfection.