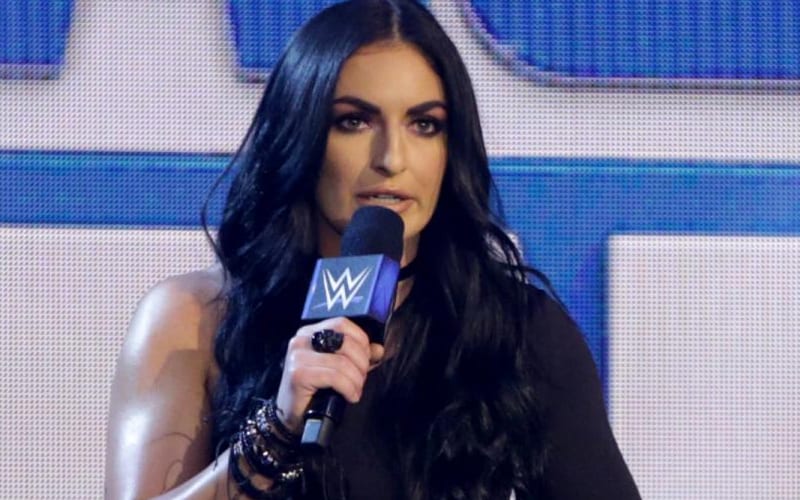 Sonya Deville is WWE’s first openly lesbian WWE Superstar. She came out on national television during Tough Enough and she hasn’t hidden her secret since.

There are a lot of things that Sonya Deville wants to do in WWE. Her “Daddy Deville” character is still waiting to bust out and make moves on the main roster. None of that would be possible if she wasn’t able to get over that initial wave of backlash from fans after coming out.

While speaking to Better Together, Sonya Deville discussed the “super daunting” experience of facing fans after coming out as a lesbian. She couldn’t “access” her emotions at first, and a lot of people were jumping to conclusions about her. It wasn’t an easy experience, but Deville made it through.

At first it was super daunting. I remember coming out and being like, OK, what does this mean? How do I feel? And I remember not being able to assess my emotions at first. I’m happy, because I feel free. There was a weight lifted off my shoulder/ But on the same token, I remember social media back then being a little rough. A lot of people were jumping to judgments and conclusions, and I was very young and easily influenced at the time.”

“It was definitely hard at first, but looking back at the kind of last five years of my life and realizing that not only am I more comfortable with myself than I ever been, because of almost being forced to live my truth, but watching my younger fans be inspired by it, it means the world to me. Now, obviously I’m in a place where I’m proud of my sexuality, and it doesn’t. I want to be the voice for people who don’t have a voice.

It wasn’t easy, but Sonya Deville was able to push though. She is now a stronger and a confident representative for the LGBTQA+ community.

You can also never say never about WWE finally giving Deville that lesbian storyline she’s wanted for a while.