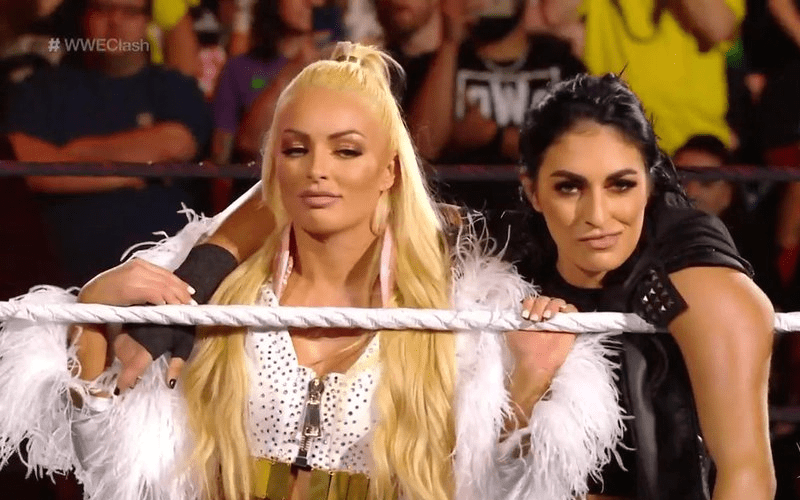 Lana and Liv Morgan’s storyline breached into the LGBTQ genre which is an area WWE hasn’t ventured in a long time. Months prior to Bobby Lashley and Lana’s wedding Sonya Deville and Mandy Rose pitched a lesbian angle that was rejected.

Mandy and Sonya didn’t seem too thrilled about the lesbian angle when it debuted on Raw.

Bleacher Report recently had a chance to speak with Sonya Deville where she was asked about that angle. It seems like she has accepted it now, but Deville also said there’s plenty of room for their LGBTQ angle down the road.

“I mean, at the end of the day, we work for a sports-entertainment company, and the segment was very entertaining. That’s not to say Mandy and I don’t get our storyline in the future. You know, there’s room for plenty of LGBTQ storylines.”

In the future there might be several LGBTQ angles going on within WWE at the same time. The reception for Lana and Liv Morgan’s angle might have something to do with that.

WWE is giving Lana and Morgan plenty of focus. Let’s see if they can capitalize on that opportunity. Sonya Deville is probably hopeful that they are a success so she will get her angle with Mandy Rose eventually.