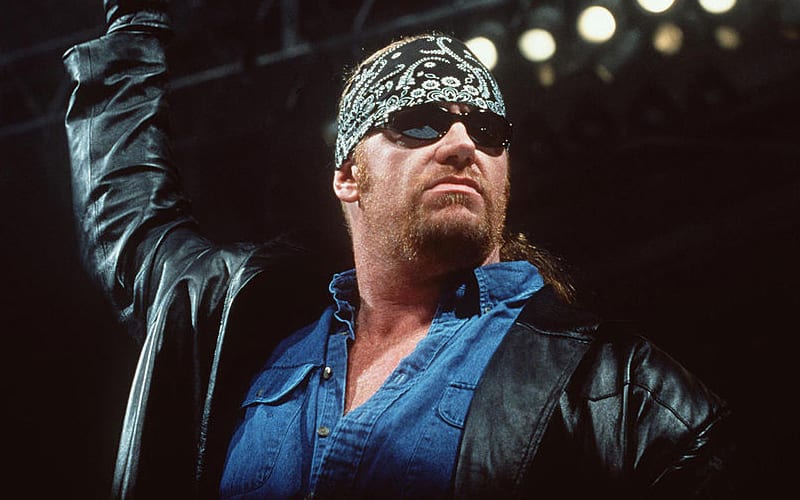 The American Badass version of The Undertaker took him out of The Deadman gimmick. He also credited that time for rejuvenating his career.

While speaking to ComicBook, The Undertaker discussed his American Badass character. He felt that they “cut it off early.”

The Undertaker continued to reveal that he believes WWE cut it off early in order to bring back the Deadman character. The Undertaker’s character didn’t go away, but he morphed into a truer version of who Mark Calaway really is. The gimmick wasn’t made to last though.

You know, not really. I think we cut that off. We cut that off kind of early when we did the American Badass the first time. I think we could have got a little more mileage out of it, but, it was a different variation. It was an older iteration of it. The American Badass has got a few more years on him. He’s a little more grizzled even. And there were still so many I think, aspects of The Undertake you could see in there, so I think it was just like I’ve wrapped everything all together. And I think those people were really excited.

There are some who believe that The Undertaker will wrestle again. CM Punk is of the opinion that we haven’t seen the last of the Deadman as well.

Since WWE is now selling Mark Calaway merchandise that could open the door to see him perform under his real name. That’s highly unlikely, but you also never know when Vince McMahon will give Taker a call when he needs him.