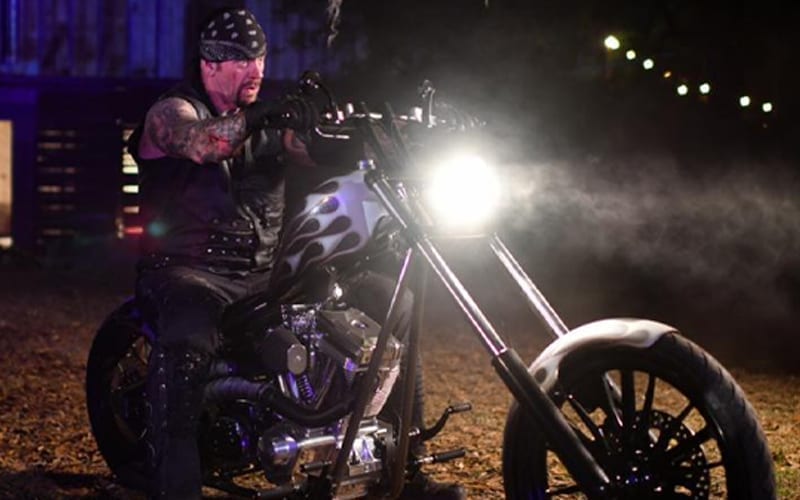 The Undertaker started riding a motorcycle on WWE television once again during the build to his WrestleMania match against AJ Styles. Allen Jones made things real with Mark Calaway and a new incarnation of The American Badass was born.

WWE Superstars praised the Boneyard Match, click here to read some of those reactions.

Wrestle Votes took part in a rare Q&A when he was asked about the future of The Undertaker’s character. One question jumped out that needed to be answered quickly.

What’s the deal with The Undertaker documentary?

Will we see a retirement announcement or date in it?

WV confirmed that Taker’s new “Last Ride” documentary was something that WWE has been working on for a long time. It should be great, but it probably isn’t an indication that Taker is definitely retiring as he no-sold that part of the question.

Another fan asked if we can expect to see more of The Undertaker on a motorcycle. “I think so,” was the response.

The Undertaker has wrestled for a very long time and deserves to retire. As long as WWE keeps calling him it’s going to be hard to turn down the few matches he does work. When he comes back to WWE, Mark Calaway might get to ride a motorcycle more often.