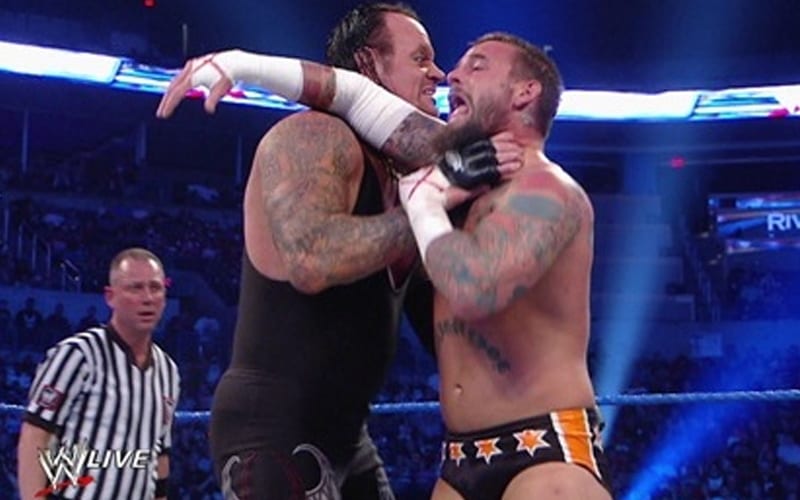 CM Punk has been able to stick with his retirement from pro wrestling, but he doesn’t believe The Undertaker is in it for the long haul. CM Punk knows The Undertaker pretty well after a program that stretched through WrestleMania. Let’s see if he’s right.

While speaking to The Good Show, CM Punk began discussing The Undertaker. He straight-up doesn’t think The Deadman is retired. In fact, he said “there’s no way.”

Punk continued to discuss how The Undertaker has come close to retiring before only to keep popping back up like the Deadman does.

“I don’t think he’s retired, come on. That’s my reaction, there’s no way. This is a guy who can and most likely will, in my opinion, at least make an entrance every WrestleMania. You know what I mean? They just did the whole movie-match type thing I like to call it, as I liked to call it on Backstage on Fox. I just feel like that can add some longevity to his career, I don’t see him going anywhere.”

He’s a guy who in recent years has gone away and popped back up so it’s just so unceremonious to have the documentary where every episode he retired and then unretired. Then at the end of it he said he retired again. It’s part of wrestling now. Terry Funk, Ric Flair, everybody retires and comes back. I think selfishly everybody wants to see him come back.”

WWE started saying that The Undertaker has wrestled his final match. They can always go back on their word once again. This is the second time WWE has brought out a line of #ThankYouTaker merchandise.

If The Undertaker’s retirement doesn’t stick this time we have to wonder what WWE could do to make sure a “real one” later on is bigger than a five-part docuseries on the WWE Network.