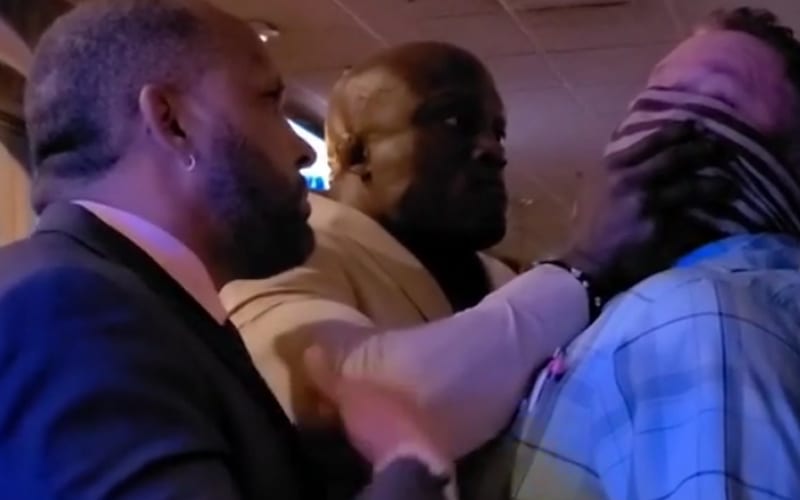 Bobby Lashley and MVP are currently dominating Monday Night RAW and are looking to add more members to their faction – The Hurt Business.

MVP posted a video to his Instagram handle of his client Bobby Lashley getting into a quick physical altercation at Miller’s Ale House. The video, obviously scripted, featured a masked man who bumps into Lashley & MVP and asks them what their problem was.

Lashley quickly grabbed the man by the jaw and nailed him into a corner. MVP asked the man if he had a problem to which the masked individual said no.

The Hurt Business left the premises as the masked person recovered and went about his way.

Do you think Bobby Lashley has earned a match against Brock Lesnar? Sound off in the comments below!

Fans are speculating that this clip could be featured on RAW next week. It seems plausible because the company pre-taped the episode on Friday.