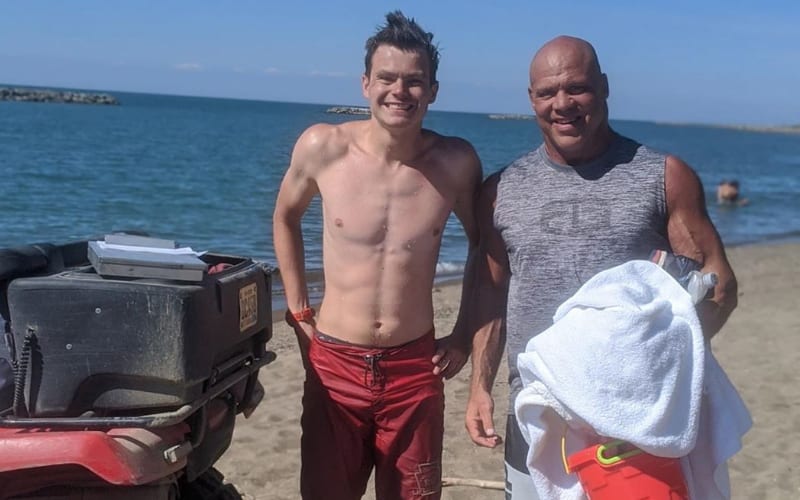 Kurt Angle had a very scary experience recently, but tragedy was avoided. His son Joseph’s life was in danger, and a lifeguard saved his life from drowning.

The Olympic Hero sent out an Instagram post thanking lifeguard Jake Schmidt for jumping in and saving his son’s life. This went down at Lake Eerie, but thankfully a hero was around.

Thank you Jake Schmidt for saving my son Joseph’s life today at the beach. You’re a hero man… because my ass can’t swim.. #itstrue #lakeerie

Kurt Angle is no longer working for WWE. He is happy for that in a way because his business is picking up. He had a side project in health foods that has really taken off.

Joseph is Angle’s adopted son from Bulgaria. His son might eventually follow in his father’s footsteps as well. Angle stated in the past that Joseph is a big WWE fan, especially of Miro.