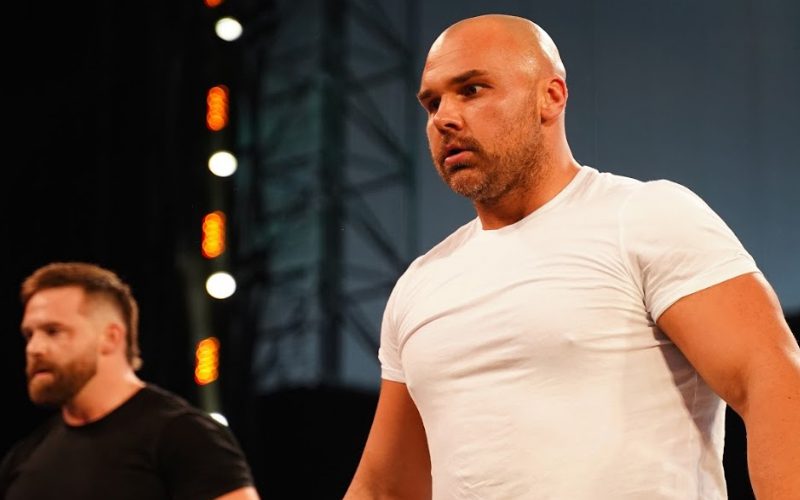 In the immediate aftermath of Kenny Omega & Hangman Page’s big win at Fyter Fest last night, FTR came down to the ring in order to congratulate the champions.

Unfortunately for them, Omega wasn’t exactly in a celebratory mood – and instead of welcoming their praise, he instead poured out a beer that was given to him by who we can only assume will be future contenders for the titles.

One man who didn’t take too kindly to that reaction was FTR’s Dax Harwood.

I guess Kenny likes beer about as much as I like his “wrestling” matches.

The seeds are there for what could turn out to be a really special feud between the two teams, especially if they work off of the idea that they have very different in-ring styles.

Alas, because there are so many teams that could challenge for the gold, it could be a while before we actually see this match take place – and we’re happy to wait.