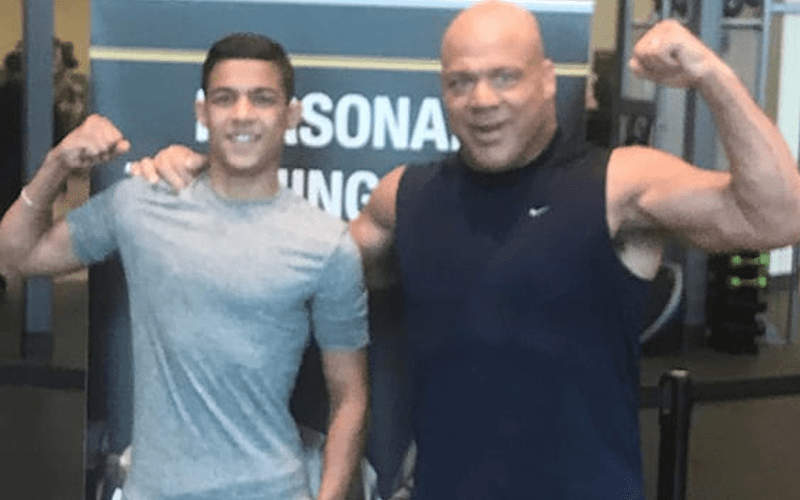 Kurt Angle is quite a family man. He has several children including one adopted teenage son named Joseph.

Angle and his wife decided to adopt a 15 year old from Bulgaria named Joseph. Apparently, Joe is a big WWE fan as well. We have to wonder if Rusev has anything to do with that.

While speaking to Chris Van Vliet, Angle was asked if there are any future WWE Superstars in his household. Kurt Angle said that his son Joseph is a big wrestling fan and he wants a tryout. It sounds like that will happen if Joe focuses on school first.

“Our adopted son Joseph wants to be [a WWE Superstar]. He’s a big WWE fan wants me to get him a WWE tryout when he he gets older. I told him if he does good in school I’ll get him a tryout.”

Kurt Angle said he wouldn’t be okay with one his children becoming a pro wrestler back when he did it. It’s better today with the wellness policy and they cater to the athlete now. Angle would be okay with them becoming WWE Superstars now because of how well Vince McMahon takes care of his Superstars. There are still a lot less risky occupations to pursue.

If Joseph Angle becomes the next Bulgarian Brute in WWE then his Olympic Hero father would be okay with that.