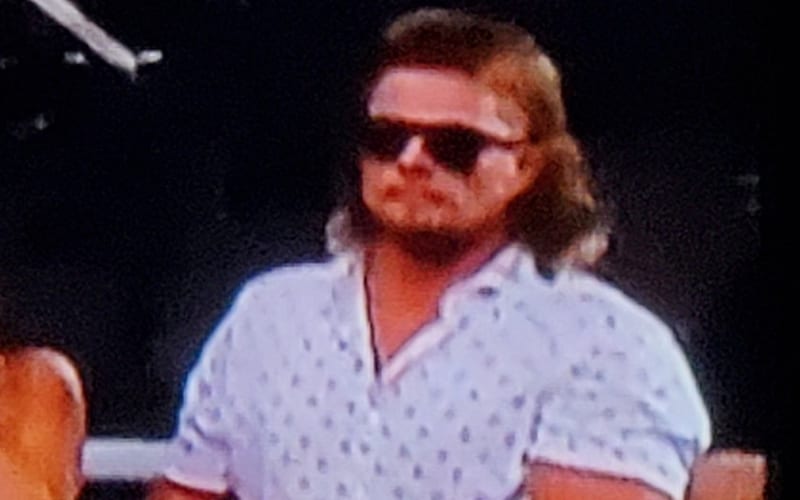 Brian Pillman Jr was spotted in the crowd during Fyter Fest. This was a big surprise for MLW fans. He was hard to miss for anyone who didn’t know who he was. Not many people are rocking a mullet like his in 2020.

Pillman is son of the late great Brian Pillman. He followed in his father’s footsteps and made a name for himself on the indies before becoming a mainstay in MLW. He is currently signed to a Major League Wrestling contract as well.

When the camera spotted Pillman in the crowd during Fyter Fest fans made sure they grabbed a shot of him. He tweeted that back out while wondering how people were able to recognize him. After all he put on sunglasses.

How did everyone see through my disguise!?!? #FyterFest

It’s unclear if Brian Pillman Jr will be in the crowd during Fyter Fest’s second night. It’s reasonable to assume he will get an invite.

We’ll have to see if Pillman gets in the ring for AEW. MLW has allowed their stars to work with AEW in the past. That included MJF who All Elite Wrestling eventually took as an exclusive talent.