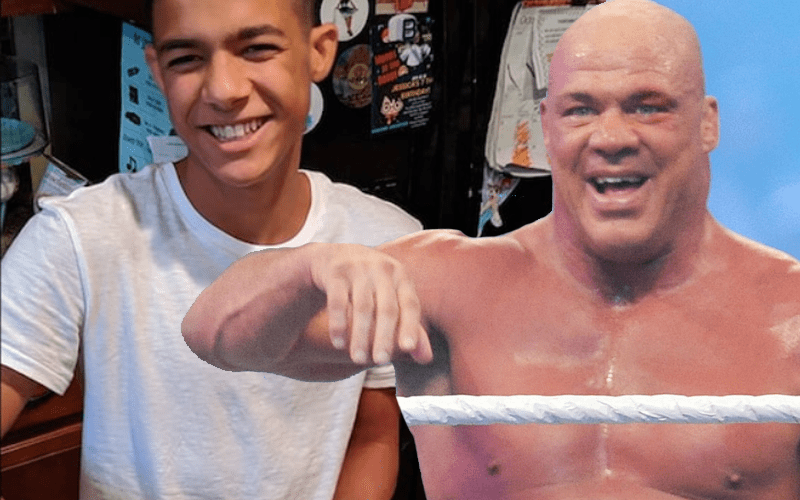 The Angle household just grew by one recently. Kurt Angle and his wife adopted a 15 year old son from Bulgaria, but they are still in an adjustment period.

Kurt Angle explained to TMZ why they decided to adopt a 15 year old from Bulgaria. Odds are that Joseph wouldn’t have been adopted so Angle and his wife did some research and decided to give him an amazing opportunity.

“My wife decided she wanted to adopt a child, but she did some research and found out that kids over 10 don’t get adopted, period. So, she decided not to get a young one, but an older one to try to give him a chance.”

This was a pretty awesome thing that Kurt Angle and his wife did for Joseph. The biggest issue was that he spoke zero English. Since the adoption process took 18 months, Joseph had plenty of time to get some beginners classes taken care of.

“We had him take 6 months of English classes. It worked a little bit, but he still needs a bit more work.”

“We’re taking our time with him and making sure we cross our T’s and dot our I’s. He’s a special kid.”

Hopefully, their family will be a good fit for Joseph. Angle’s wife speaks a little Bulgarian, but Kurt doesn’t understand the language at all. Joseph probably needs to brush up on his English skills, but that will definitely come in time if he continues working at it.

Perhaps Papa Kurt can put on some classic episodes of WWE RAW so Joseph can brush up on his WWE history and English language skills at the same time. If anything, they might be able to invite Rusev over who would probably be honored to help Joseph out however he can.