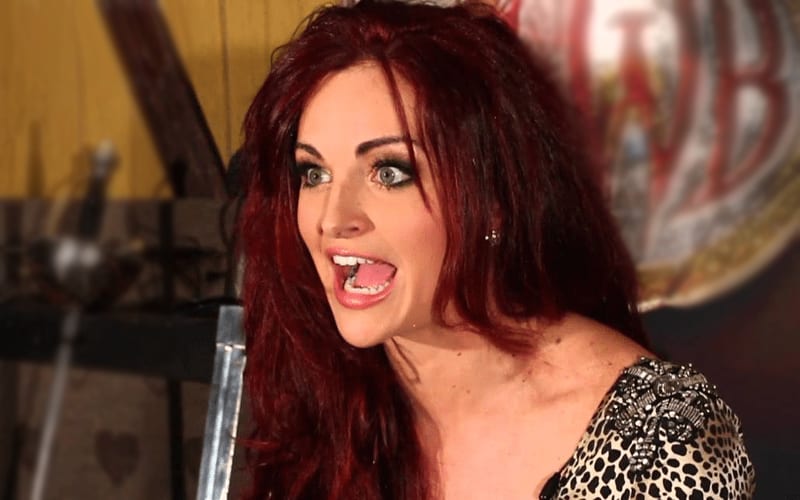 Maria Kanellis and her husband Mike Bennett were two of the people that received WWE releases on April 15th. She had given birth 8 weeks prior, and this is still a sticking point with her.

Kanellis fired off a tweet insinuating that WWE told her that “having another baby wasn’t an issue.” She was fired in the wave of roster cuts, but she had just signed a new WWE contract prior to discovering her pregnancy.

She said that there will be more news to come about that. We can only assume that she plans on spilling the beans during her podcast.

Did you ever hear the one about the women that was released from WWE during a pandemic 8 weeks postpartum after being told having another baby wasn’t an issue…? #milkmoney #moreonthatlater #onlywrestlingcompanythatreleasedpeople #NonEssentialFamily

At the moment, they are staying at home as a “nonessential pro wrestling family.” It seems like Maria Kanellis might still be a bit upset with WWE as well.

Do you think Maria Kanellis has a reason to be upset with WWE? Sound off in the comments below!