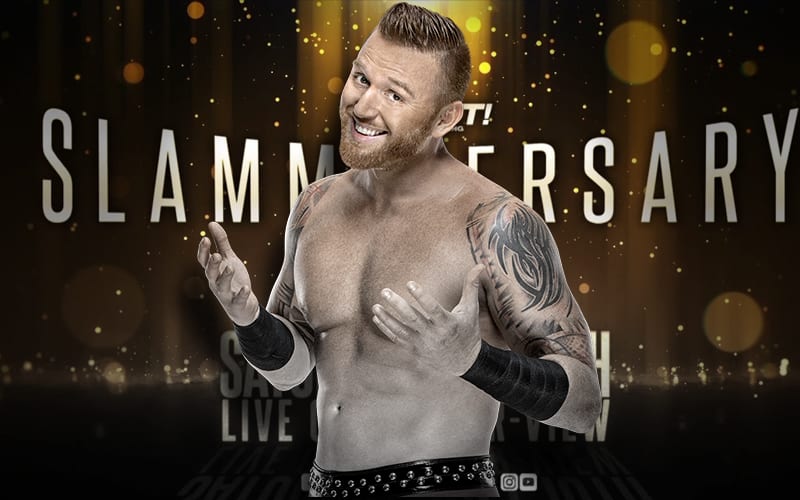 Heath Slater had been with WWE for a long time but his stint with the company ended in April of this year when he was released alongside a number of other WWE Superstars.

However, like many of his fellow former WWE Superstars, Slater is now on the radar of several big promotions. Slater took to his Twitter to post a major tease about his wrestling future.

Slater posted a video of him working out on an elliptical cycle with the text “July 18 Coming Soon” flashing on the screen. The caption for the 5 second video read “Watch the hell out”.

For those unaware, July 18th is the date of Impact Wrestling’s Slammiversary pay-per-view. The promotion has been showing vignettes of released WWE Superstars and teasing their arrival to the Impact Zone.

Slater might not be the only one heading to Impact Wrestling at Slammiversary. A few weeks ago, EC3’s old music played after Moose’s TNA World Heavyweight Title defense against Hernandez.

If all of these men land in Impact Wrestling together, the landscape of pro-wrestling might change for real.