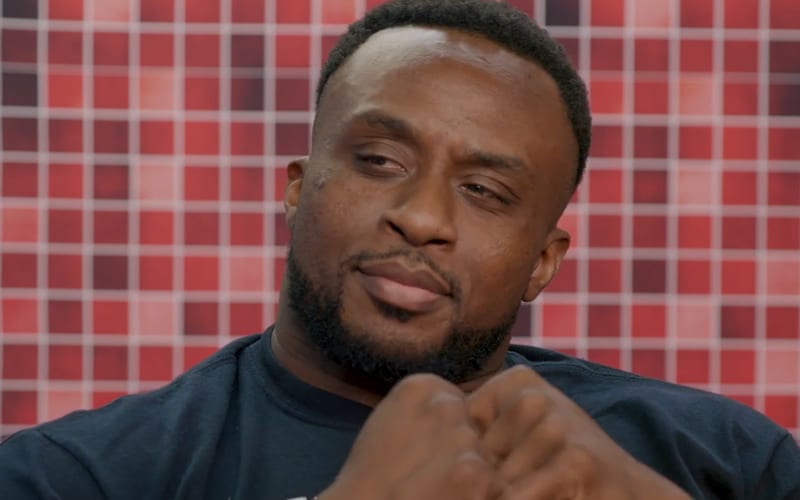 Big E has publicly supported the Black Lives Matter movement multiple times. The death of George Floyd and so many others sparked outrage and a call for change. That change is something that people are anxiously waiting to see. Others are still actively fighting for justice because the movement is far from over.

The Sports Bubble with Jensen Karp recently welcomed Big E onto the show. He spoke about the Black Lives Matter movement and how he thinks it has gone since the initial wave of protests. He also discussed his own experiences and the mission of the Black Lives Movement to raise awareness.

“The stuff with George Floyd and the aftermath really weighed so heavy on me… And you know, for the three of us [The New Day] we don’t, we don’t have the answers, but we want it to speak to our experiences. So many of my friends, young black men who have bad histories of being pulled over by police, of being harassed by police, of being unjustly stopped. Like we, this is something that we’ve talked about. And so many, especially now, so many of my friends have kids now and they’re having to, you know, we talk about the talk usually is the birds and the bees and talking to your kids about sex, but for so many black men and women, their talk to their kids is about how to act when you’re pulled over by police, because you don’t know what can happen.”

“If you don’t follow the letter of everything, they say, you, you fear that your child can be unjustly killed. And even if they do follow every single thing they’re told, you never know. So, that’s a big part of what it means to raise a black child. And that’s scary and that’s frightening and that’s sad.”

“And you know, even me, like I got pulled over, I never got into any trouble, never had any issues with the law, but I’m in college. It was a group of us – we had this youth leadership program – we all played college football at Iowa and someone said that we had a gun in the car and called the cops and we didn’t have a gun in the car, but we got pulled over. I had a gun pulled on me by a cop. And who knows like how that could have gone. To have a gun, a few inches from your face and I’ve done nothing wrong. And this, this happens time and time again.”

“So, for us, it’s very frustrating. It’s very sad. And, I found the George Floyd news really, really weighed heavy on me and something that was, it was at the forefront of my mind for days and days – over a week, I’m thinking about it. And for me, I kind of felt some hopelessness, but I didn’t want to just use my anger and frustration and do nothing. I wanted to at least have a conversation and it’s been nice, man. We we’ve had so much feedback from different people who reached out and said, man, I didn’t consider these things until I listened to your podcast [The New Day podcast] and I learned something or I heard a perspective I’d never heard before and thank you. And you know, I’m not going to presume to say we have all the answers or any answers, but we just wanted to speak to our experiences to not be preaching, to, to not tell people how to feel or what to, to believe, but to tell you how we feel to tell you our experiences, to tell you the experiences of our black friends and what they go through and the things that are in their minds when it comes to being pulled over by police.”

“So, a lot of what we’ve done recently is trying to raise awareness. And, you know, sometimes I really think, I don’t know the power or the purpose sometimes of a tweet or an Instagram post. And I really like sometimes I wonder, am I just screaming into a void or patting myself on the back when I post something and feeling like I’ve done something and that’s not. I wanted to make sure that it came from a good place, a place of actually wanting to help make our country and our society more equitable. I wanted to make sure it came from a place of, not self-aggrandizement, but a place of wanting to actually see a better world.”

“So, we’ve done a few things and I think we’re going to continue to use some things like you mentioned, taking a knee, to bring attention to this movement on SmackDown. And the nice thing is, you know, we ran it by Vince McMahon, our boss, and he approved it. We got no pushback there. We got a lot of support from the company with the podcast and we can’t typically put out video, not the whole video because of the way the contract is with our podcast, but they were so supportive with us putting up the whole conversation because we felt like it was important for people to listen to this hour plus, and to see it and to see our faces and see our expressions.

“So we were, we were thankful that we got support from the company too, but we’ve done different things. Like you said, we put the names of the victims – of these people who lost their lives and shouldn’t have. Put them on armbands – Shukri Abdi, Brianna Taylor, Tamla Horsford, Ryan Milton and so many more. We’ve tried to do a lot, we’re trying to learn ourselves with reading…. And we’ve got a few other things in the mix too, that we’re trying to not just post on Twitter and on social media, but to help raise money too for organizations that are working towards racial justice.”

“So, it’s been a lot of that, just trying to do the work in our communities to try to stay on top of this, to keep even just keeping the conversations going, man, honestly, just, just to keep talking about this. And I think too often, we just shied away from this because we didn’t want to be labeled a racist and it can be uncomfortable because as soon as you feel that someone is saying you’re racist or you’re racially insensitive, your first instinct can be to backpedal or to defend yourself. And I, for me, I don’t want it to be about, it’s not about labeling people around me racist or pointing fingers, it’s about having these honest conversations and analyzing the biases that we carry and being honest about that. And for us, man, it’s really just about like the same protection I want for my female friends and for my gay friends and people, I don’t know who are gay or female, the same protections that I would want for them, I want for black men and black women.”

The New Day taking a knee on WWE television was a significant moment. WWE even gave special attention to them the next day. The movement is far from finished as more roadblocks seem to come up all the time. Big E and others won’t stop spreading the message that there is a drastic need for change.

Other WWE Superstars spoke out in support of the Black Lives Matter movement. This included Ronda Rousey who called for total police reform including civilian oversight.