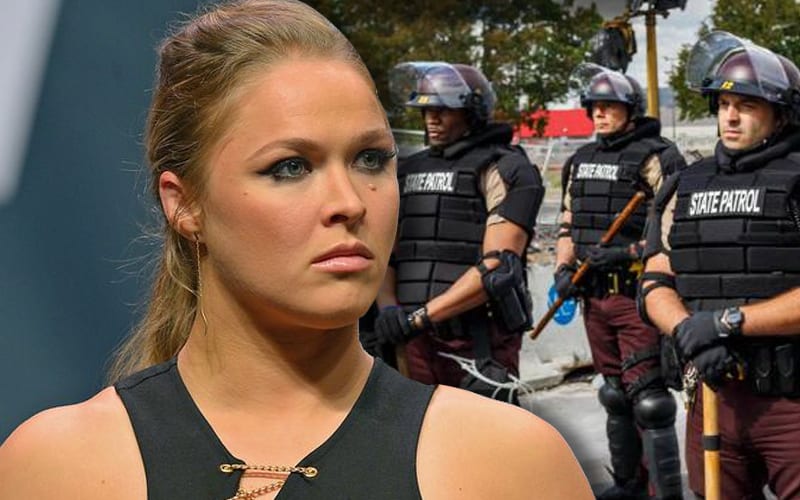 Protests started across the nation demanding police reform. Ronda Rousey recently spoke about the racial injustice that caused this movement and what really needs to happen in order for a real change to take place.

The former RAW Women’s Champion said “f*ck privilege,” because she wants equal rights for everyone. She continued to say that police can’t police themselves so there needs to be deep internal change of the entire system.

We all have the same rights as the people with the least rights in this country. Anything more than that is a given privilege. I don’t want to be given privileges that can be taken away! I want rights, fuck privilege!

#JusticeForGeorgeFloyd means more than just putting the men responsible for his murder in jail! Self regulation isn’t effective, internal affairs is a joke! We need to reform the systemic distinction within OUR police departments!

The police cannot police themselves! We need civilian oversight of police now!

George Floyd’s death was the spark for a movement in America that is still on-going. The internal affairs system set up to monitor police could benefit a lot from adding an element of civilian oversight if you ask The Baddest Woman On The Planet.