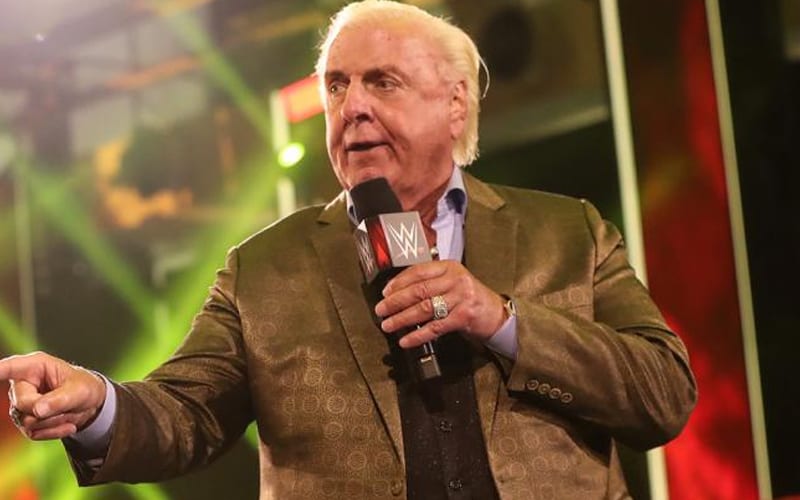 WWE discovered a lot of positive coronavirus tests in the company. The number could be far greater than two dozen at this point. Some Superstars have stated that they’re not coming back and that includes Ric Flair.

Kevin Owens and Roman Reigns aren’t coming back to WWE due to coronavirus concerns. They have their families to think about. Sami Zayn is also staying home, They will likely soon have more names join them who don’t want to risk catching COVID-19.

Wrestling News reports that Ric Flair will not be at any of the future television tapings. This comes after the news broke concerning all of those positive rests in the WWE Performance Center.

The 71 two-time WWE Hall Of Famer showed up on RAW for the past two weeks. That will likely be his final live appearance for a long time.

It is reported that Ric Flair has not been showing any symptoms of COVID-19, but they’re not taking any chances. Additionally, it is said that “only people at the highest levels of management have the list of who tested positive. This list has not been shared with anyone else.”

We will have to see when Ric Flair returns to WWE television. His next appearance will likely be via satellite unless things change around the WWE Performance Center.