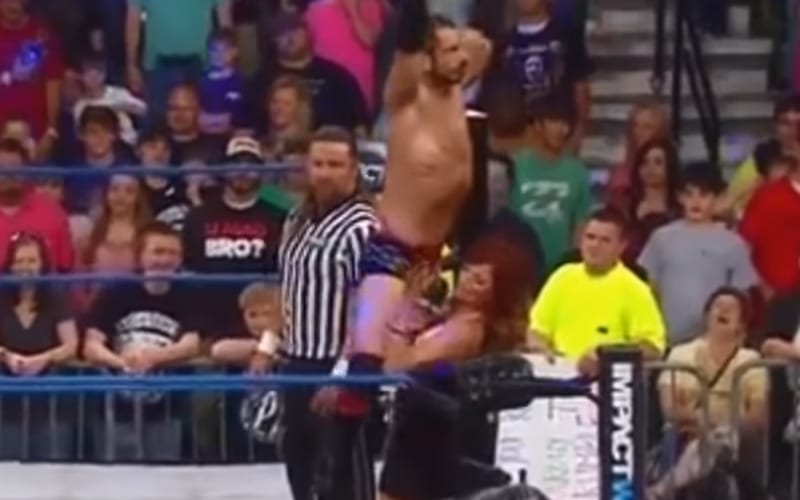 Austin Aries was accused of some very heavy acts as part of the #SpeakingOut movement. He wanted to clear up one thing about Christy Hemme that has been floating around for a while.

There was an angle during Impact Wrestling where Aries pinned Hemme against the turnbuckle and put his crotch right in her face as he posed. This brought a lot of controversy.

Austin Aries tweeted out a screenshot from a 2013 email that was supposed to be posted by TNA, but it never was. This email contained a quote from Christy Hemme regarding their controversial angle.

Actually to clear up a few things about that, I am not a victim and NEVER felt sexually harassed. Big difference between sexual harassment and his actions. Live TV is like Live TV and we need to make quick decisions in the moment. I am a strong enough woman that makes it very clear what is and is not ok with me. As my own personal boundary if that was a storyline that was presented I would have said no. Not acceptable. I made that clear. When he and I spoke, he was apologetic and very gracious about the whole thing. I have a great deal of respect for him, in and out of the business. Even more after this.

Austin Aries will be on Justin Leeper’s podcast soon to speak about the allegations against him. He will be “emotional and transparent.” In the meantime, we’ll just have to see if more allegations come out about A Double.