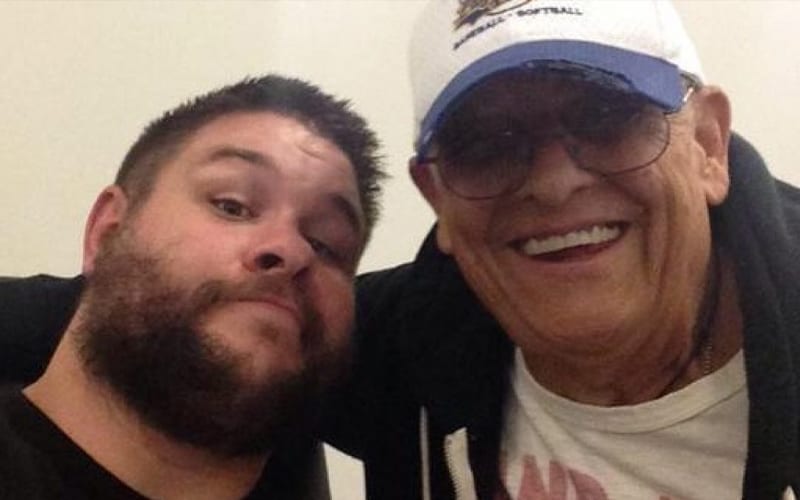 Kevin Owens didn’t spend a long tenure in NXT, but he did enter the main roster as NXT Champion. While they were first getting him going in NXT, he met Dusty Rhodes for the first time which is something he recalled during WWE The Bump.

Kevin Owens said he is currently in a cabin in Tennessee with his family. He decided not to go to the WWE television tapings because of his family. This was something that they didn’t even “flinch” upon hearing in WWE.

Owens revealed that his family was in the forefront of his mind even during his first meeting with Dusty Rhodes. It was then decided that whatever WWE does with Owens must involve his family as motivation.

“I remember when I first met Dusty Rhodes when I came to NXT. He sat me down in front of a camera and asked me to talk. I ended up talking about my family for nine minutes out of the ten minutes, and by the time he shut the camera off he said, ‘well, whatever we do with you we’re gonna have to make your family a part of it and who you are.'”

“You know know I’m not a wrestler who has kids. I’m a dad and a husband who wrestles. So I think there’s a difference there and thankfully everyone on the roster is the same way so it’s great to have examples in the locker room as well.”

Kevin Owens might be back at the next set of television tapings. We have heard that since there were no more positive COVID-19 results then he will make a return. He will do whatever is best for his family at this point because that is what matters most to Owens.