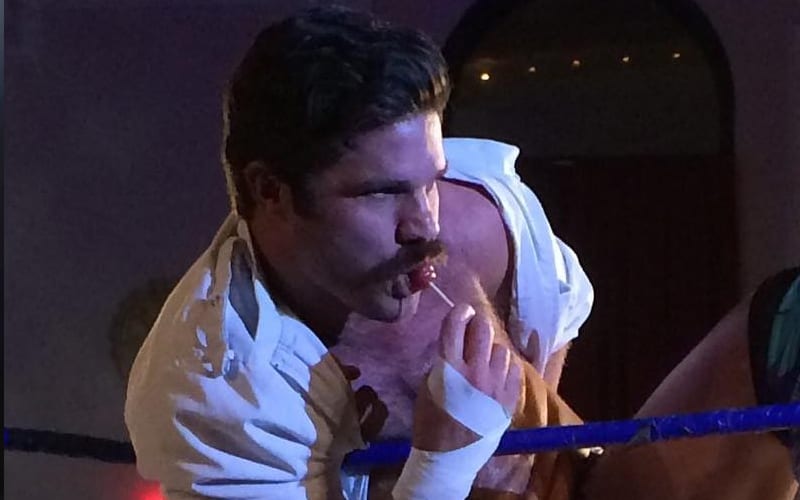 Joey Ryan has been accused of 16 instances of sexual misconduct so far in the #SpeakingOut movement. More names could be to come. Now people who used to trust him are speaking out.

Candice LeRae released a public statement yesterday. She was mortified and stated that her heart was breaking for those women who her former tag team partner abused.

Announcer Rich Bocchini stated that he regrets ever calling Joey Ryan matches. He did so through clenched teeth, and he hated it. The idea of Ryan doing a “boobplex” turned his stomach. Now he can see why his instincts about Joey Ryan were so strong.

I regret gritting my teeth and calling Joey Ryan matches. I hated it for numerous reasons. When I started on the indies I said “I’m not calling bullshit wrestling.” But I was paid to do a job, right? And the fans liked it, right? Way too much cognitive dissonance. Goddamn.

Along with being incredibly stupid and juvenile, the idea of calling a “boobplex” turned my stomach. But I went along with it, because. To anyone who was in a match with him that I called and was targeted by him, I’m sorry.

Shelly Martinez stated that she’s “disliked Joey Ryan for years.” She’s even told him that to his face “many times.” Her reason for not liking Ryan was simple: “Because I’ve know gals who’s he’s been involved with. It’s not my story to tell but I’m glad everything is coming out.”

David Marquez also stated tweeted out his disappointment of Joey Ryan. He had a lot of trust that was betrayed. Now as 20 year relationship is gone.

Disappointment and betrayal. A 20 year relationship gone. Joseph Ryan Meehan do the right thing; turn yourself in. To the victims please reach out to authorities and press charges. Start the process.

Tony Deppen had a much more direct response to the Joey Ryan situation. “At this point, Joey Ryan doesn’t deserve to get canceled. He deserves to rot in jail.”

Joey Ryan was fired from Impact Wrestling following these accusations. Now we will have to see where he appears next. Odds are Joey Ryan won’t have a lot of options in the pro wrestling business.

At this time no charges have been pressed against Joey Ryan. We will keep a close eye on this developing story right here at Ringside News.