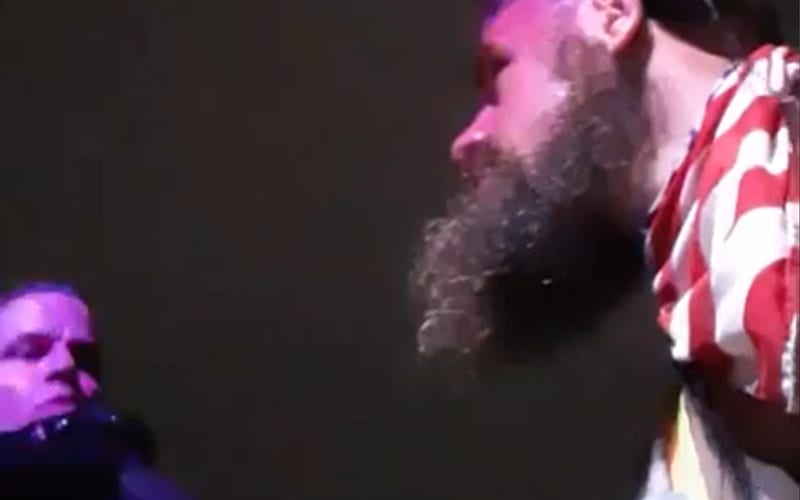 Armando Alejandro Montalvo was detained on Monday night outside of the WWE Performance Center while RAW was on the air. WWE RAW was not live this week, it was taped last Monday. Montalvo streamed the entire event on Facebook live.

Montalvo and WWE have a long history. He currently has a restraining order against him from the company and was shot by Orange County police outside of the WWE Performance Center in 2015.

During his last court date, he called the judge “baby girl.” Montalvo violated the order to stay off WWE property once again last week which caused Lacey Evans and Dana Brooke to come out and talk to him.

While RAW was on the air this week, Armando was running in front of the Performance Center and sliding in the pavement. He yelled asking: “where are the divas?!” Then he suggested that viewers “do not try what I do at home.” Montalvo ranted for about 7 minutes until he saw blue lights approaching him.

The police showed up and he started running. They caught Montalvo and told him he was being detained. As they cuffed him Armando said: “take me to jail for having a dream.”

The video ended with the police officer picking up Armando Alejandro Montalvo’s cell phone and turning off the live stream.

We will have more updates on this story as soon as they are made available right here at Ringside News.