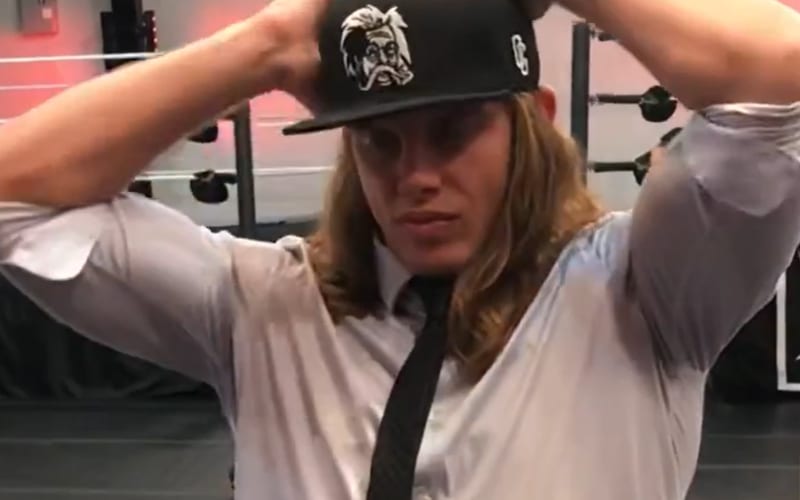 Matt Riddle debuted on WWE Friday Night SmackDown this week. Earlier that same day allegations were brought against him that he committed sexual assault. These are heavy accusations that WWE is taking very seriously.

Riddle released a statement on the matter through his attorney. He alleged that his accuser, indie wrestler Candy Cartwright was harassing him for years. WWE reportedly knew about these allegations as well.

Ringside News was sent a screenshot showing a DM between a fan and Matt Riddle. When this fan asked Riddle “why,” he responded “Bro I didn’t do anything this is insane.” After the fan tried to continue the conversation, Riddle replied that he didn’t want to hear from this fan anymore.

At this time we are unaware if any action will be taken against Matt Riddle. He obviously doesn’t want to talk about the subject.

Ringside News exclusively reported that Vince McMahon called for multiple re-writes for the SmackDown script this week. That episode will be taped this Friday hours before it airs on Fox. It will be very interesting to see how Matt Riddle is used one week following his big SmackDown debut and subsequent victory over AJ Styles.