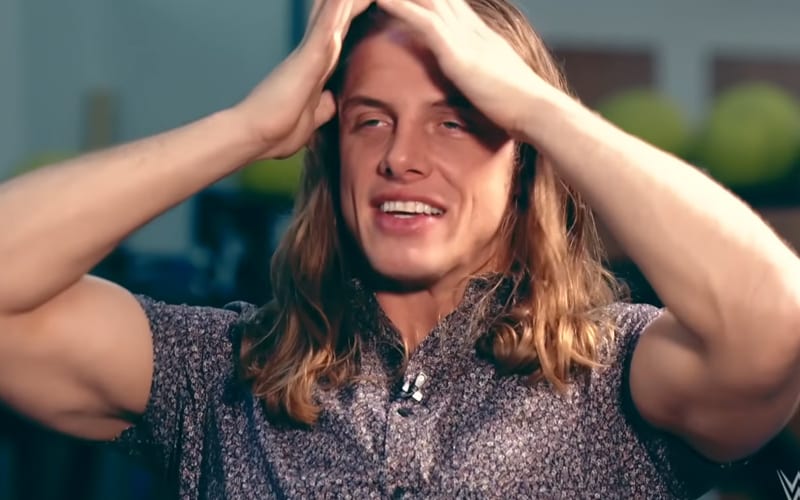 Matt Riddle’s named was brought into the #SpeakingOut movement. It didn’t take him long to get an attorney involved.

We previously reported that leaked DMs showed Riddle was gearing up to get an attorney involved. Charges have not been pressed against his accuser at the time of this writing, but Riddle’s attorney Daniel Rose has released a statement on the matter.

The allegations by this independent female performer are completely false and another attempt to harass and humiliate Mr. and Mrs. Riddle and to try to tarnish their reputation in the community.

We have been aware for the last two years of this performer stalking the Riddle family.

In 2019, our firm drafted a pleading against this performer to seek an injunction for cyberstalking in the Circuit Court for Orange County, Florida.

This statement falls in line with Matt Riddle and Lisa Riddle’s account on the matter. It could be a case of someone capitalizing on the #SpeakingOut movement to continue an on-going history of harassment against the Original Bro.