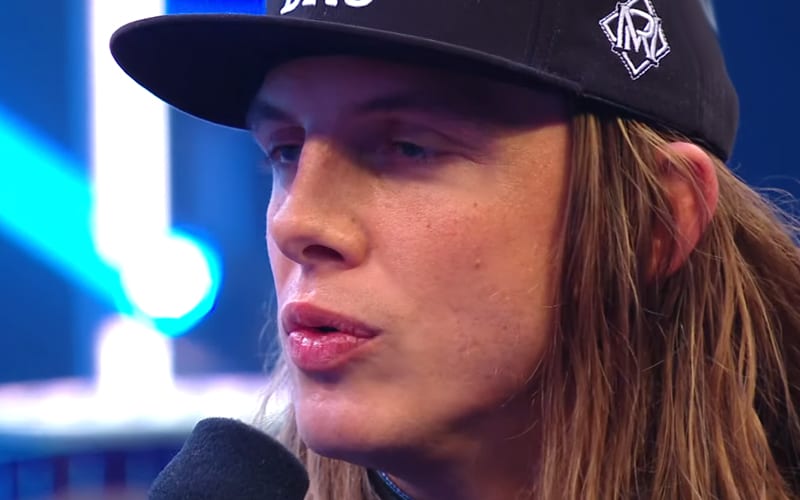 Matt Riddle denied accusations brought against him by Candy Cartwright. He got his attorney involved. She is not phased and released screenshots showing what she alleges to be conversations that proves the state of their relationship.

Riddle claimed that Cartwright harassed them and a restraining order was drawn up, but not filed. Cartwright fired back at that accusation by showing two different conversations.

One conversation is with Riddle saying that he can’t wait to see her. The second screenshot is allegedly of a conversation with Riddle’s wife where she asked for records of their communications.

Reposting these.
1. This is a message from matt to me telling me he can’t wait to see me from just about a year ago, if I’ve been harrassing him for years, I’m not really sure how that’s possible.
2. This is a screenshot from Lisa riddle to me proving she knew of the affair

This is obviously something that is still affecting Candy Cartwright. She also revealed a screenshot from a DM where someone asked her if the story is true about Riddle. He might be telling people something different than what happened, but she is fighting to change that narrative.

Matt Riddle made his SmackDown debut this week where he defeated AJ Styles. That was quite a way to start out on the main roster. The next episode of SmackDown will tape on June 26th. He is not advertised for next week’s show as of this writing.

You can see the evidence that Candy Cartwright presented below.