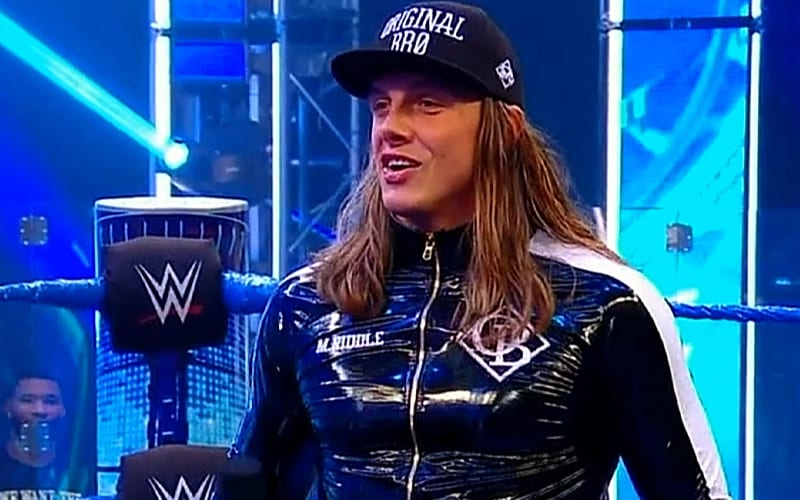 Matt Riddle’s debut on SmackDown was hyped in a big way. Then allegations came out on the morning that he was set to debut. He outright denied those allegations. It didn’t stop his SmackDown debut, because it was already filmed.

AJ Styles opened up SmackDown this week by talking about how great he is. The SmackDown roster circled the ring. Then he called Daniel Bryan in to banter with him. After Styles was done demeaning Bryan, Matt Riddle’s music hit.

Matt Riddle came out to announce that he doesn’t wear shoes and he’s “The Bro That Runs The Show.” Then he started a brawl with AJ Styles. We will have to see what’s next for Matt Riddle on Friday Night SmackDown, but they are starting him off at the top.

Matt Riddle and AJ Styles had a match after that, but it was a non-title contest.