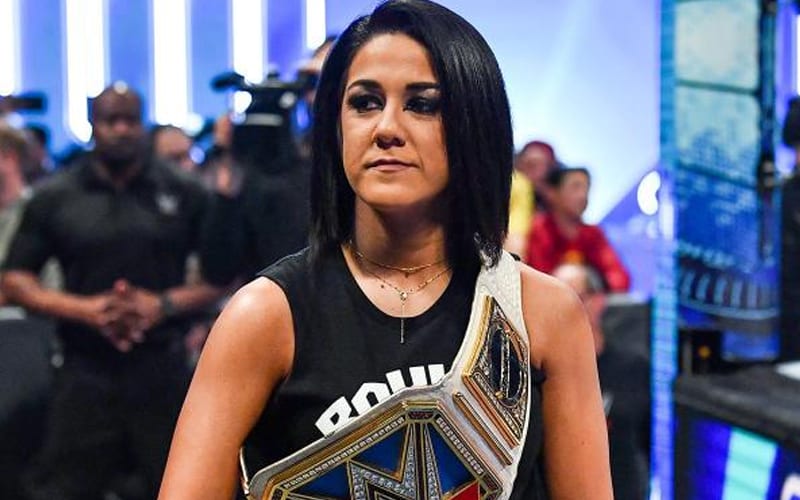 Bayley addressed the #SpeakingOut movement today, but it wasn’t to announce her own accusation. Instead, she wanted to applaud those who are coming forward.

Bayley Dos Straps stated that she truly admires those individuals who are coming forward during this time. She dropped her heel character as she spoke from the heart. She also hopes that this never happens in the pro wrestling business again which is the goal of this movement.

She concluded her message by saying that those victims who are coming forward certainly have support.

I truly admire those who are sharing their stories. All in hopes that it will help someone who may have similar experiences and to prevent these things from ever happening in our industry again. We’re here for you. My heart is with you all. #SpeakingOut

The pro wrestling business isn’t alone in housing sexual abuse and other misconduct. It seems that David Starr’s recent situation caused a chain reaction that we are seeing today.

It’s awful that those stories exist to tell in the first place. Hopefully, people will be inspired to have the strength and come forward if they have experienced something similar.