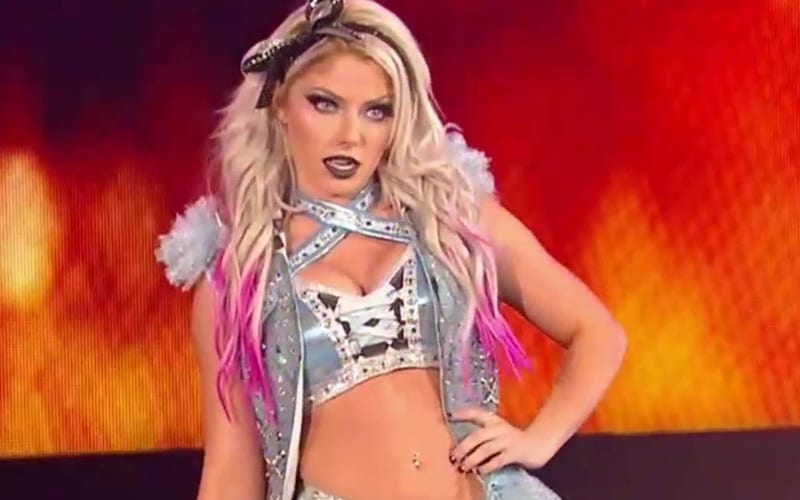 Alexa Bliss is known as the Five Feet Of Fury, but WWE has been known to fudge numbers before if they sounded better.

WWE shaved an inch off Bliss’ actual height. Or, more like just 3/4 of an inch. Either way, one fan called Bliss out for lying about her height when Google told him she is one inch above her advertised height.

Alexa Bliss didn’t seem too offended by being called a liar, instead, she made a joke about how WWE changed her height so it would look better on a t-shirt.

Alexa Bliss has sold her fair share of Five Feet Of Fury merchandise. That moniker has paid off, even if it’s an inch below how she really measures up.