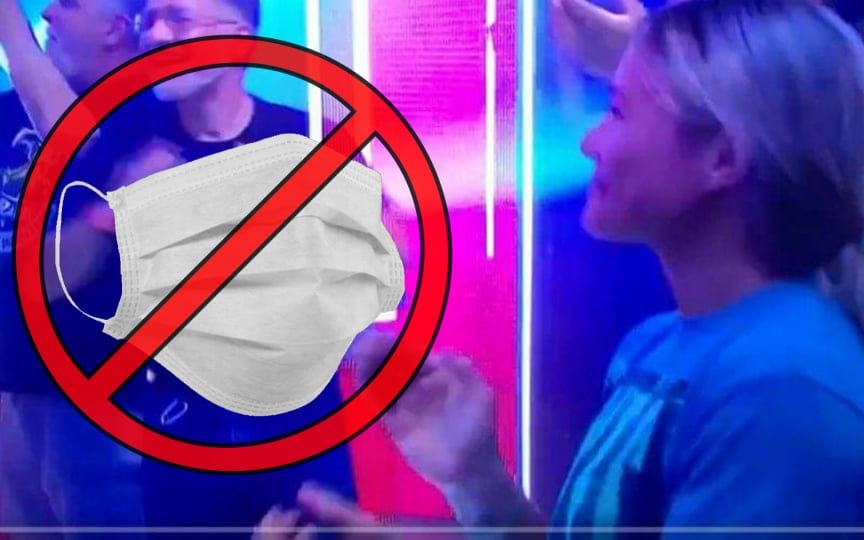 As reported earlier, a developmental talent in the WWE PC has tested positive for COVID-19. Due to this, the company will be testing all staff members and Superstars for the virus.

Ringside News was first to EXCLUSIVELY reported that WWE is pushing back their television tapings to Wednesday.

WWE Superstars were kept in the dark about this incident and only found out about it after the social-media announcement.

However, Bryan Alvarez of f4wonline reported through Twitter that not only did the company keep everyone in the dark about this but also didn’t allow the select few fans who were at the tapings to wear masks.

On top of nobody finding out about the COVID failure until it hit social media, I was told by multiple sources that WWE would not allow anyone in the crowd at the RAW taping Monday to wear masks.

Not allowing fans to wear masks when their talent has tested positive for the virus could spell trouble for WWE in times like these.

WWE plans to record their television content on Wednesday including NXT.