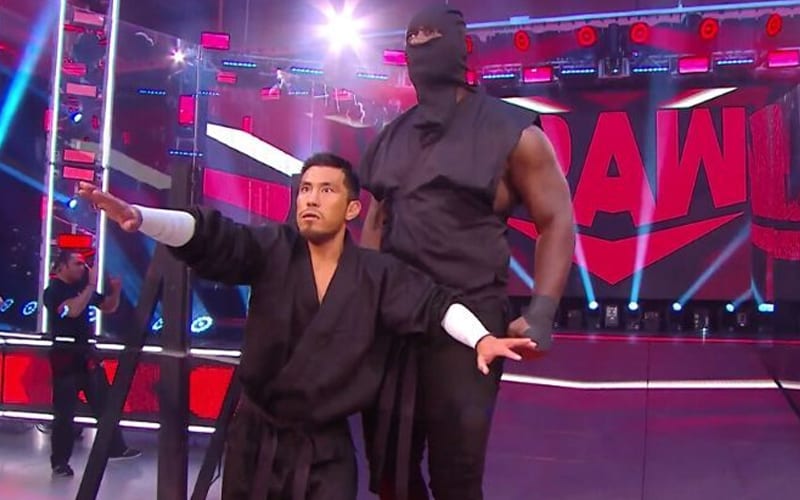 WWE has a problem with ninjas all of a sudden. The Viking Raiders and Street Profits joined forces with The Big Show this week to take on this new menace.

Jordan Omogbehin (the giant ninja) has trained at the WWE Performance Center since 2018, but he’s still green. He been working hard, but kept off the main roster or NXT television. He’s been working Florida house shows.

Since Jordan Omogbehin is rather green, it’s unclear if WWE will have him wrestle a match. As Dave Meltzer noted on Wrestling Observer Radio, WWE is being very careful about booking anything with him right now.

“I don’t know I think it’s a real short-term thing if they expose this guy at this stage. What? He’s a tall guy? He’s a really tall guy, he’s a legit 7 foot 3, at least that was his basketball height I have no idea how tall they’ll say he is. I mean he’s way, way taller than Big Show. What I thought was real interesting was they had Big Show in the angle with him and they wouldn’t let them near each other.”

I was noted that the thought might have been to have Big Show and the new giant ninja stand next to each other. This would have legitimized the giant ninja as a huge force to be reckoned with. WWE decided to keep they apart instead.

It’s unknown what the endgame is in his situation.