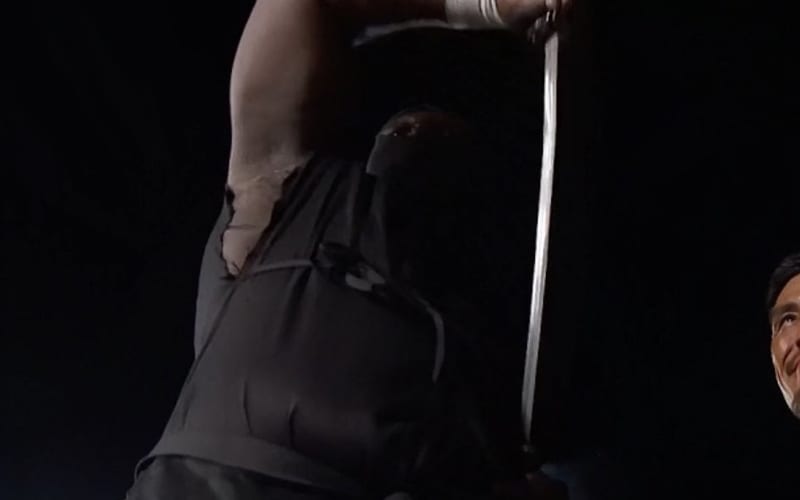 The Street Profits and Viking Raiders were supposed to have a match at Backlash. That didn’t happen as planned.

During that strange cinematic match, Akira Tozawa showed up with a bunch of ninjas. It was an interesting scene capped off by a huge ninja wielding a sword.

The identity of that huge ninja was Jordan Omogbehin. The seven foot three inch tall Nigerian signed with WWE in 2018. He has a huge upside and could be turned into a monster.

Omogbehin worked the NXT house show loop in Florida when those shows were running. This is his biggest role in WWE to date.