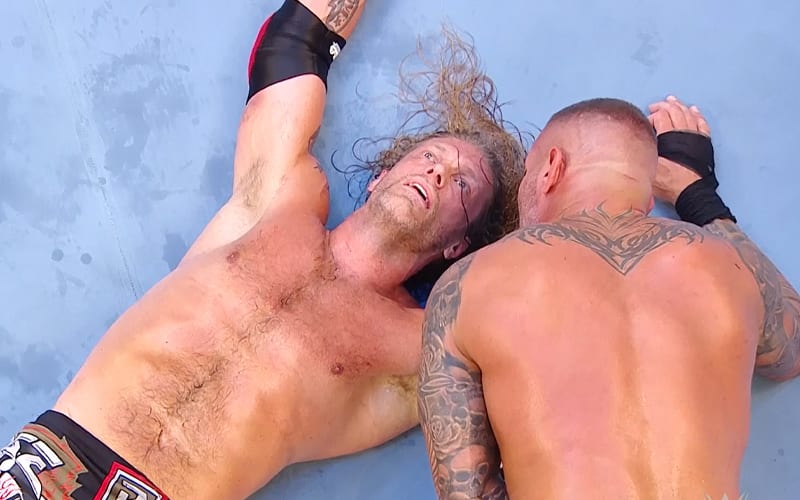 Edge and Randy Orton faced off in the Greatest Wrestling Match Ever at Backlash. Orton won, but Edge was injured in the process. If you were having trouble spotting the moment when Edge was hurt then you’re not alone.

WWE recorded Edge vs Randy Orton weeks go. This gave WWE time to edit everything together. During Wrestling Observer Radio, Dave Meltzer noted that Edge and Orton recorded their entire match without any issue. Then Edge was injured during a re-shoot.

Edge could be out of action for a long time while he heals his triceps. It’s unclear when WWE intended on having him return, but now they will have to wait.