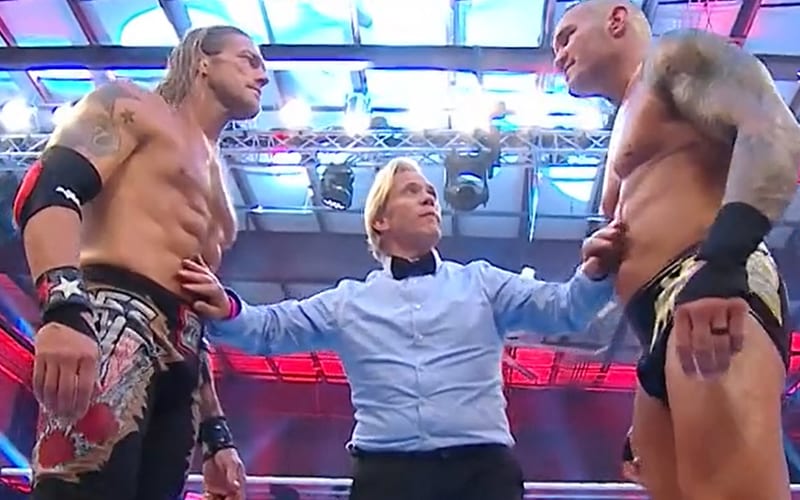 Edge and Randy Orton took each other to the limit at Backlash. It might not have been the Greatest Wrestling Match of all time, but it could have been close for a lot of fans.

Click here for our complete coverage from WWE Backlash.

John Pollock noted that Edge vs Randy Orton’s Greatest Wrestling Match ever clocked in a 44 minutes and 46 seconds. That is a very long match. Some fans reacted to the match by complaining that it was too long. They might have a point.

Edge and Randy Orton were supposed to have their rematch at SummerSlam. Ringside News exclusively reported that Vince McMahon decided to rush Orton vs Edge II for multiple reasons.